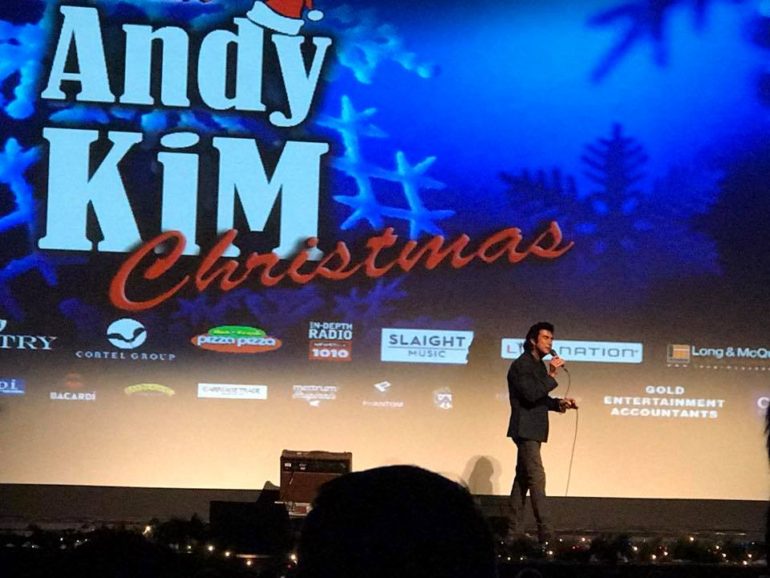 Inside. Warm with purpose.

This year’s Annual Andy Kim Christmas Show benefiting CAMH was held in a much larger venue this year — The Queen Elizabeth Theatre.

To it’s credit, from humble beginnings in cozy, standing-room venues like The Mod Club and The Phoenix Concert Theatre, The Andy Kim Christmas Show has grown larger each year. 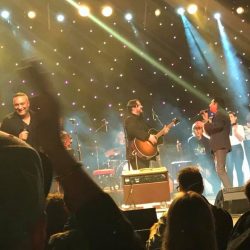 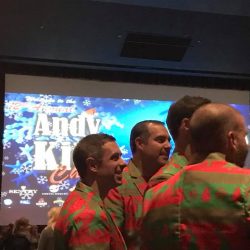 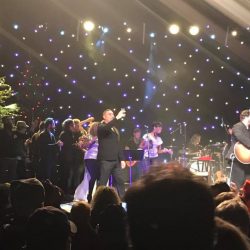 One constant. The level of generous talent that participates in the show is a who’s who of legendary talent.

Master of Ceremony was none other than superstar-comedian Russell Peters, who kick-started the event with his familiar brand of comedy.

David Clayton-Thomas of Blood, Sweat & Tears fame was next with a rousing  version of  60’s classic “You Made Me So Very Happy”.

Traditionally, it’s not really the start of Christmas until the author attends The Andy Kim Christmas …