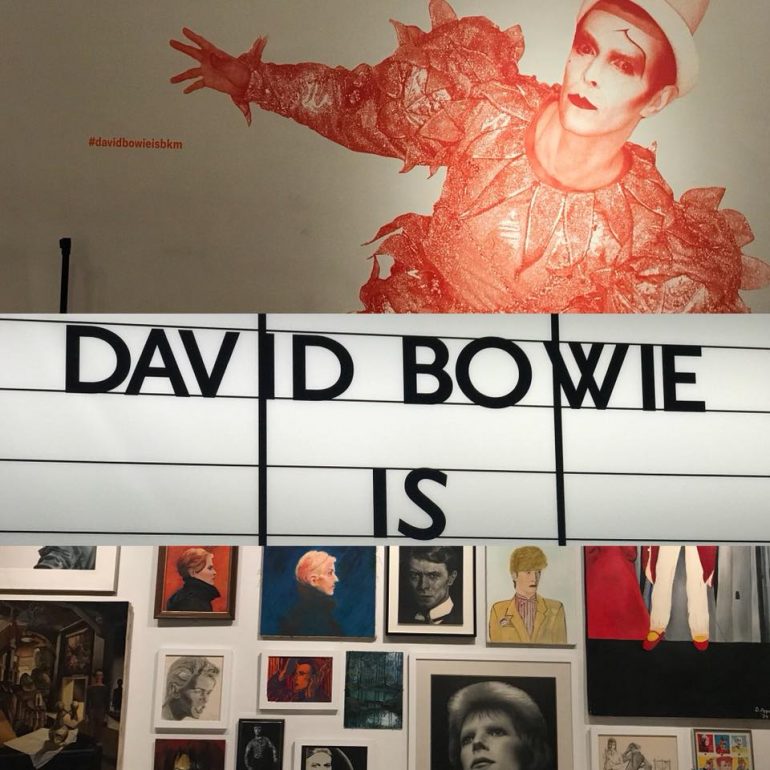 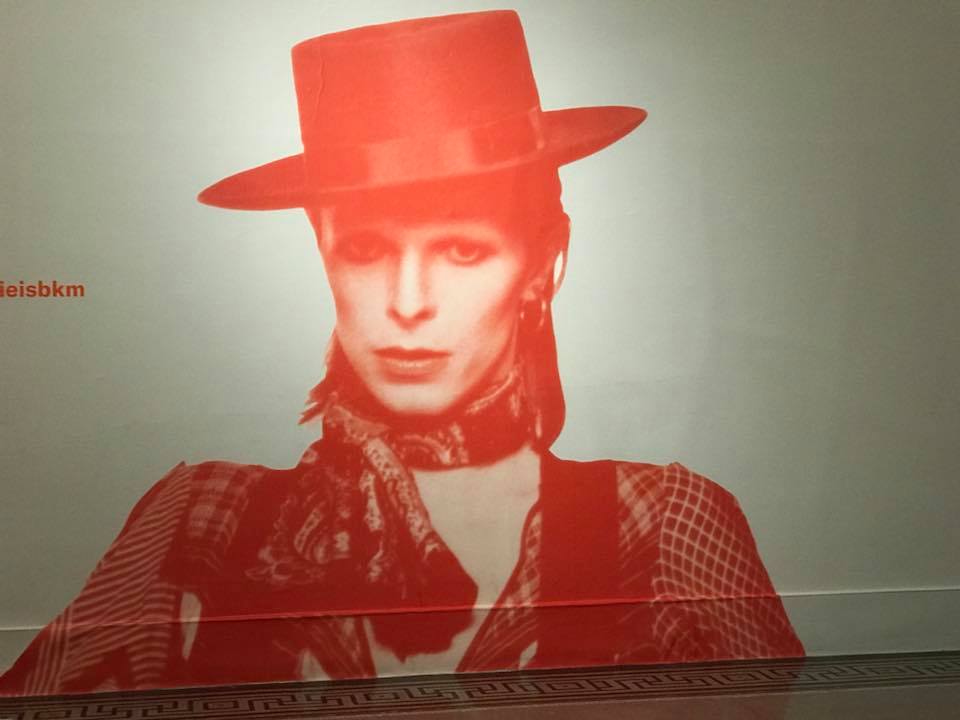 The David Bowie is exhibit has toured around the world for over five years, but it seems apropos and special that it stops for it’s final stop in David Bowie’s home, New York City at the Brooklyn Museum. 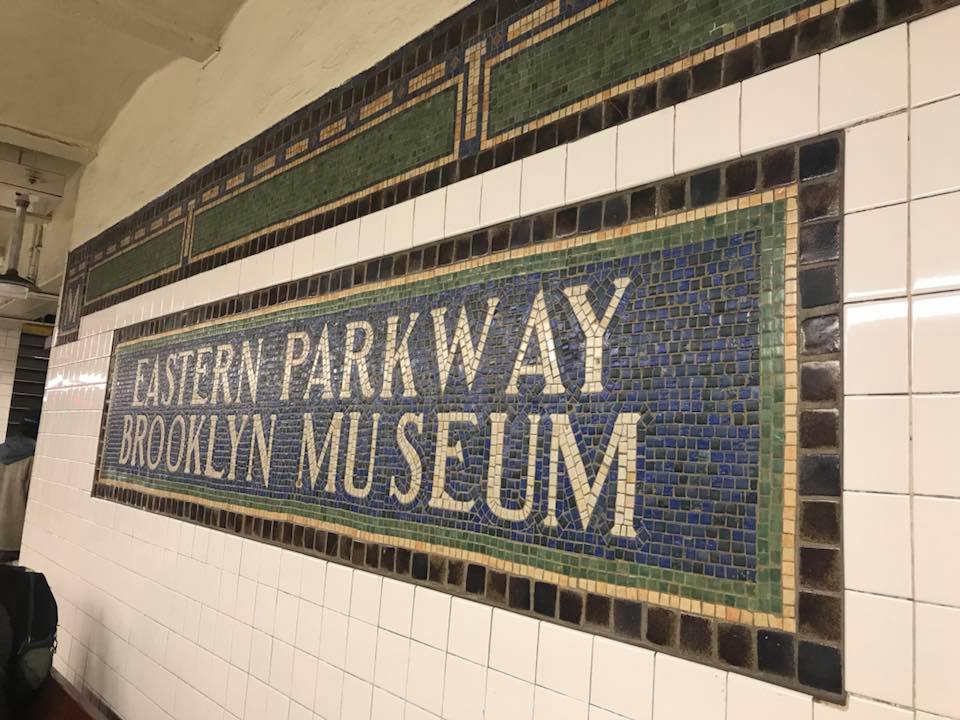 Organized with unprecedented access to David Bowie’s personal archive, this exhibition explores the creative process of an artist whose sustained reinventions, innovative collaborations, and bold characterizations revolutionized the way we see music, inspiring people to shape their own identities while challenging social traditions. 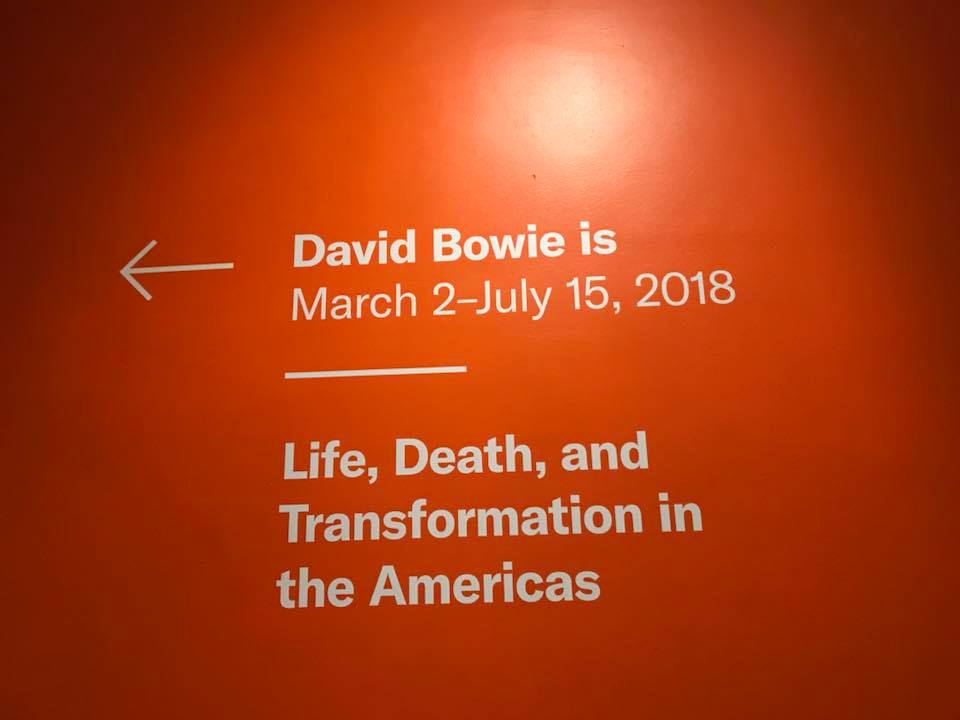 David Bowie is presents approximately 400 objects drawn primarily from the David Bowie Archive, including the artist’s original costumes, handwritten lyric sheets from famous songs, original album art, photographs, and videos, all tracing Bowie’s creative process from his teenage years in England through his last twenty years, when he resided in New York City. 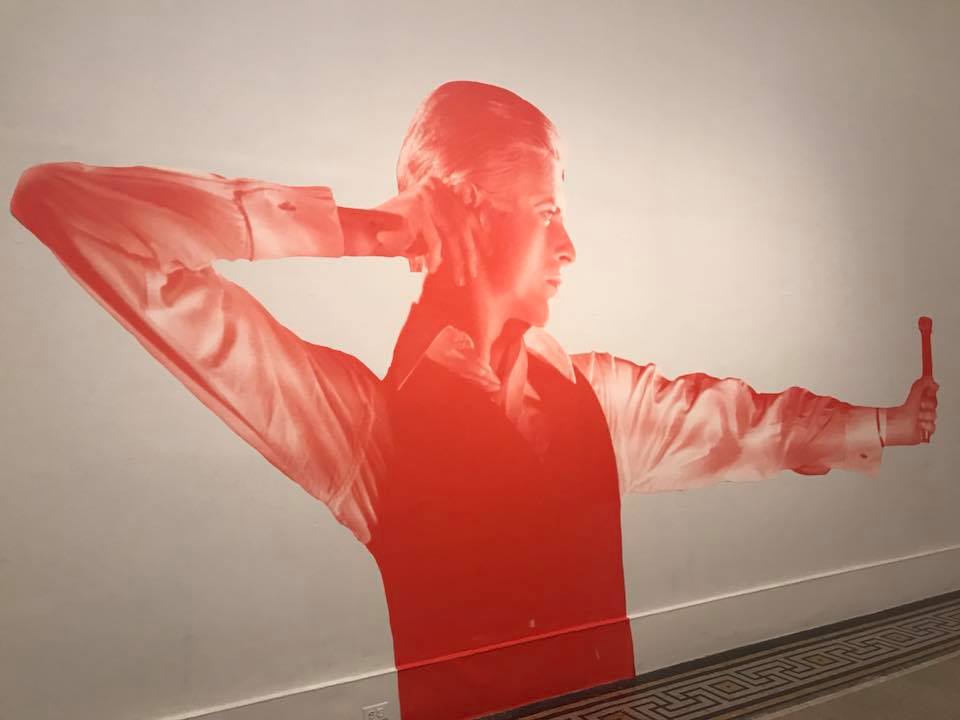 The archive is presented within an immersive, multimedia installation that includes continuous audio along with projected animation and video. 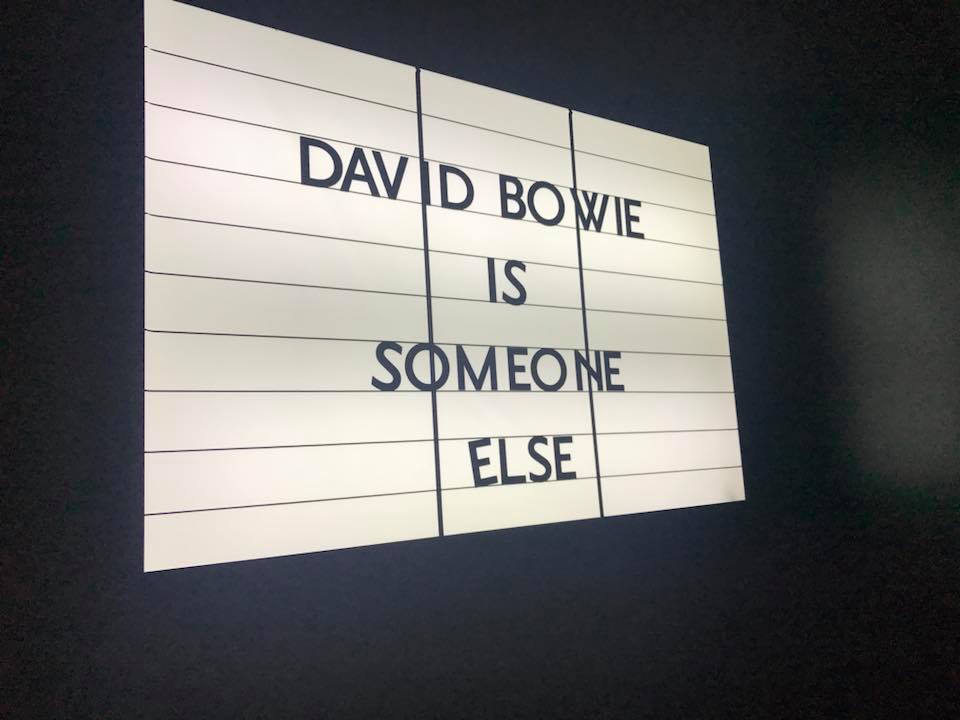 Highlights of the exhibition include more than 60 custom-made performance costumes, including six designed by Freddie Burretti for Ziggy Stardust / 1980 Floor Show and seven designed by Kansai Yamamoto for Aladdin Sane. 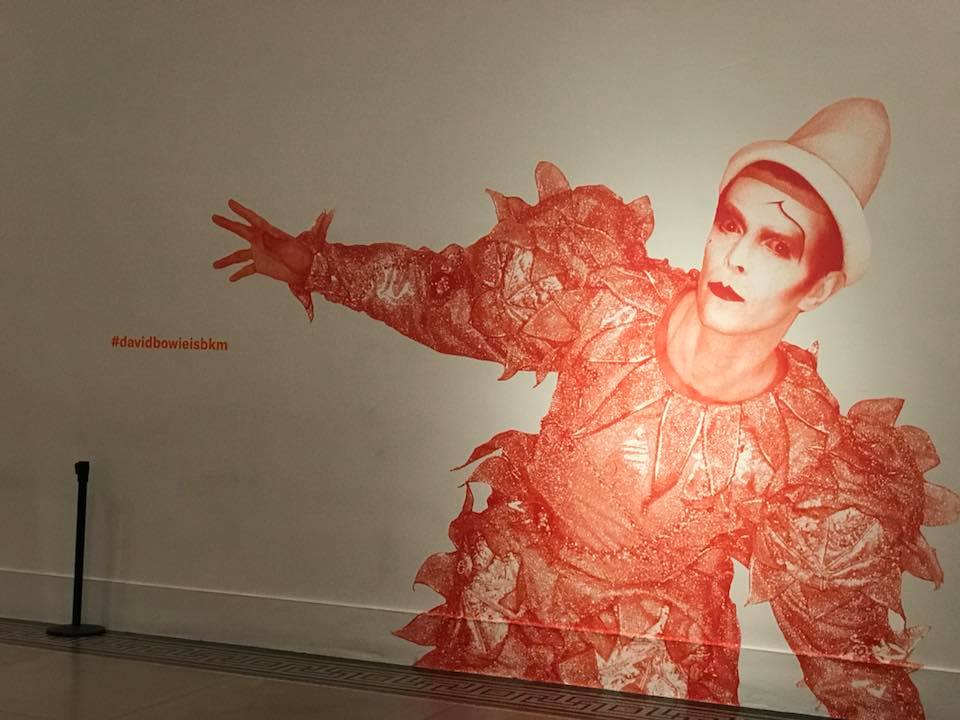 There are 85 handwritten lyric sheets, including those from “Fame” and “Fashion”; drawings, including a sketch for the Young Americans album cover; and oil paintings, including two of musician Iggy Pop, all by Bowie. 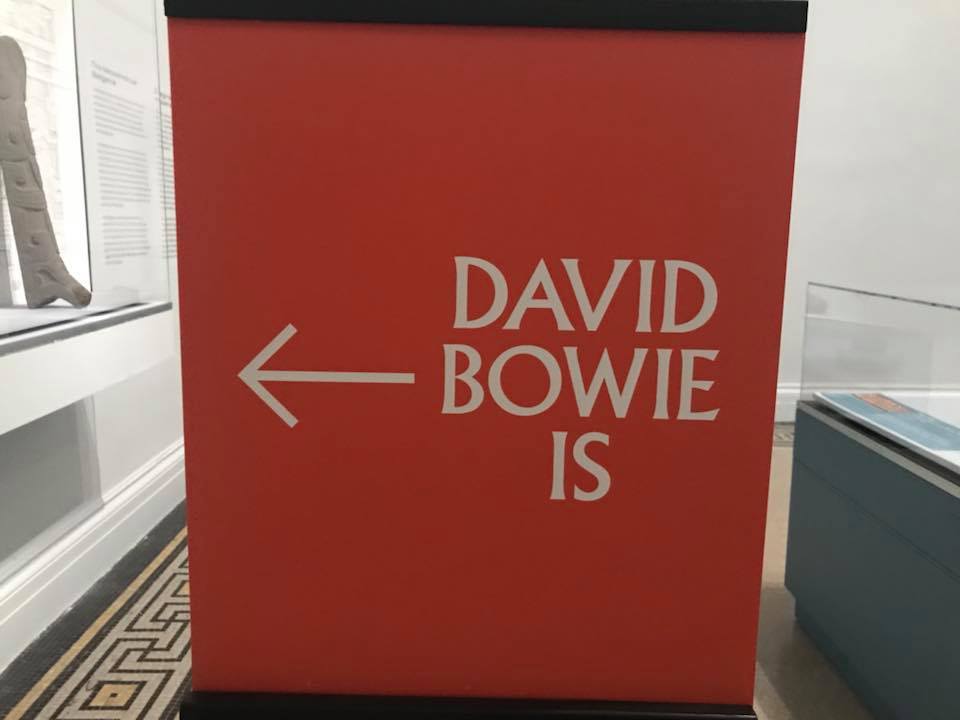 There are also more than 40 pioneering music videos, television clips, and filmed roles as well as a multimedia presentation of international tour footage with rare scenes from the legendary Diamond Dogs tour, filmed in Philadelphia. A custom audio mix made up of snippets of Bowie’s songs—produced by longtime collaborator Tony Visconti—is also featured. 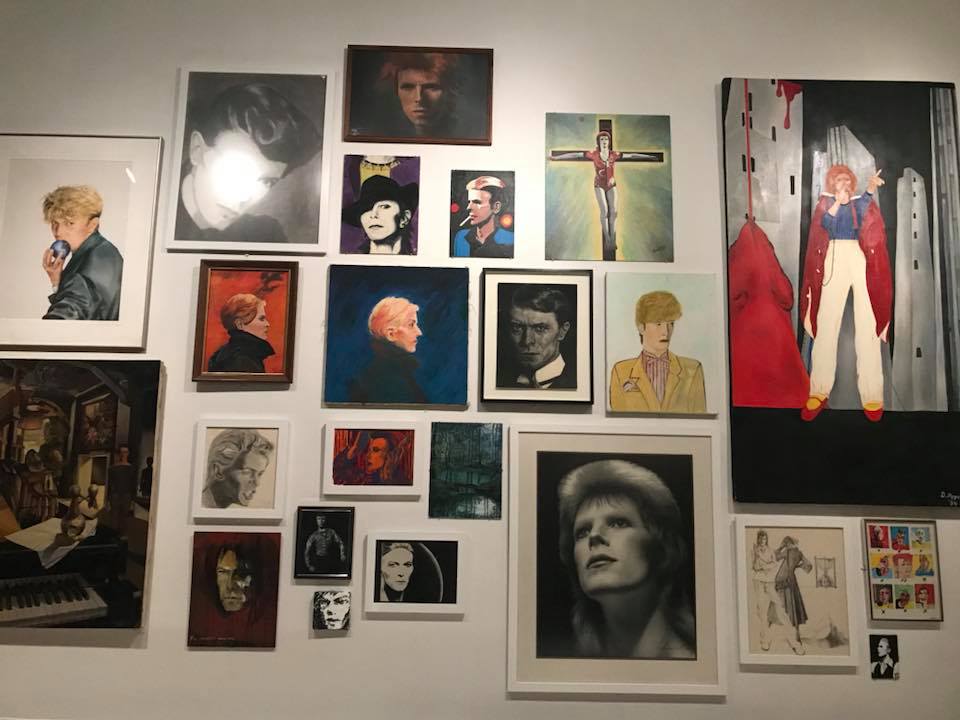