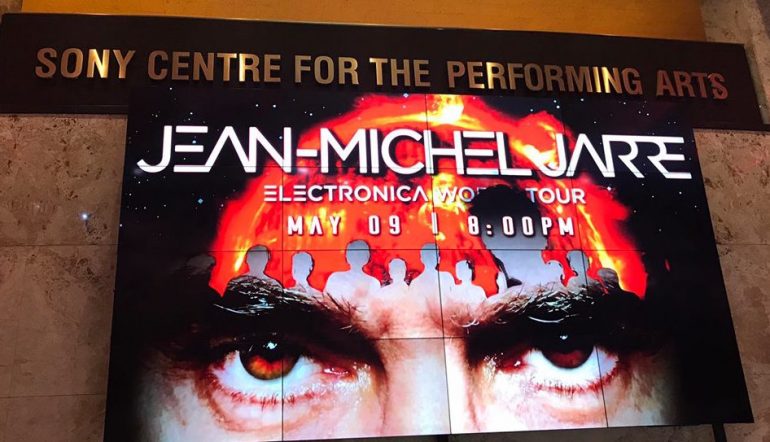 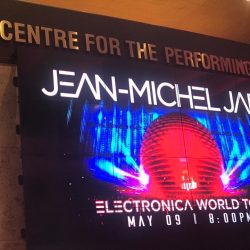 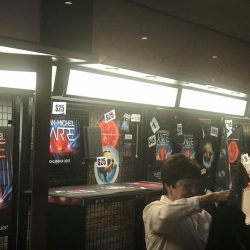 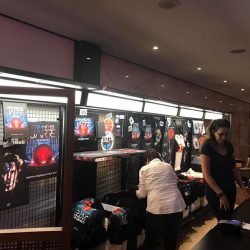 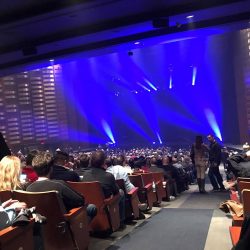 So, if Jean-Michel Jarre, one of the pioneer’s in electronic, ambient new age music plays his first concert (ever) in Toronto (in a relatively cozy small 3,100 seat Sony Centre venue) — you attend without hesitation!

Reinforced by the ‘sell out’ audience at the Sony Centre of Performing Arts, it is almost ridiculous to think that an artist of Jarre’s caliber, who has been around for well over 45 years with over 80 million albums sold has never once played in Toronto. 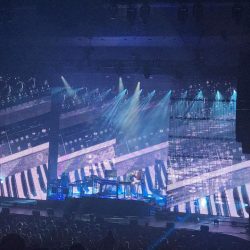 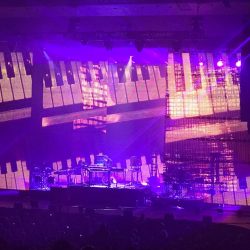 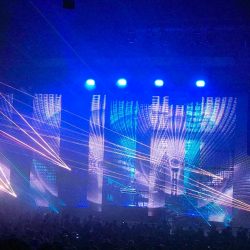 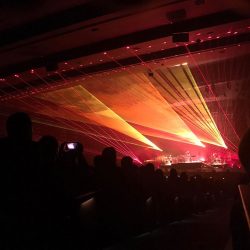 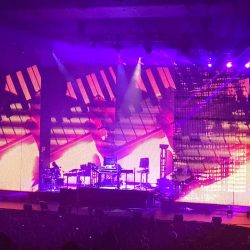 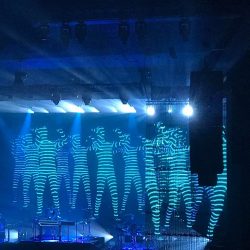 One notable track was his collaboration with NSA whistleblower Edward Snowden, where Jarre travelled to Russia, “Edward is an absolute hero of our times,” he told the Guardian in April after news of their partnership broke. “When I first read about him, it made me think of my mother … She joined the French resistance in 1941, when people in France still thought they were just troublemakers, and she always told me that when society is generating things you can’t stand, you have to stand up against it.”

One of the biggest questions for many attendees, “how will Jarre scale down his production for a small venue? Compared to Jarre’s large scale extravaganza, will there be a diminished live experience for the audience? 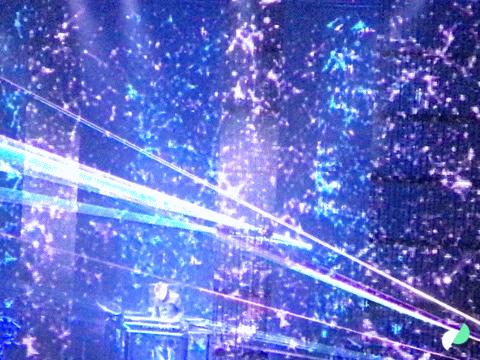 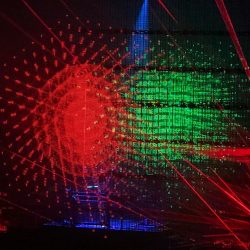 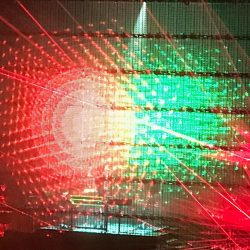 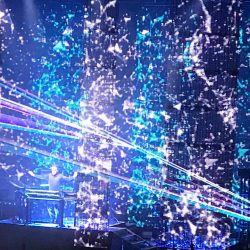 To the delight of many, the reputation of Jarre’s spectacular visual spectacles remained intact. With lush, geometric lightforms interspersed with “Ummagumma“-pulsing lasers that filled the Sony Centre with “Floyd-ian” showmanship.

Jarre’s trademark laser harp thrilled the audience, many (perhaps waiting) for over +30 years to see the French pioneer in-person to perform his legendary electronica theatrics. 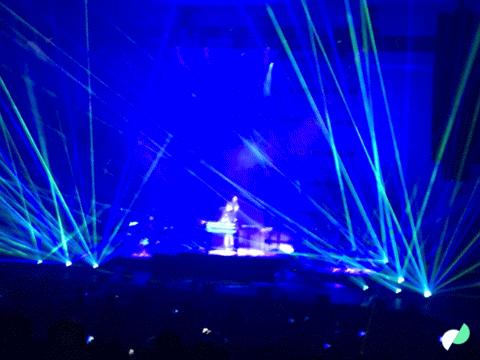 Wouldn’t the skyline of the “Big Smoke” with it’s iconic CN Tower be a perfect backdrop for Jarre’s unique artistic vision?

Hopefully, Jarre found some inspiration in one of the most culturally diverse cities in the world to make this a reality … 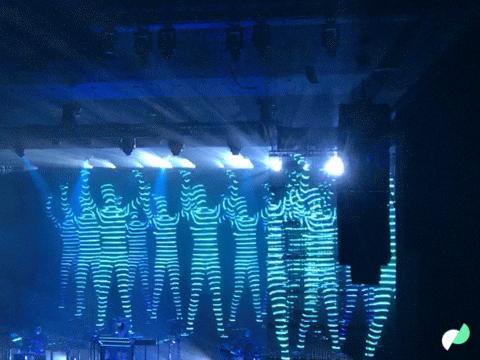