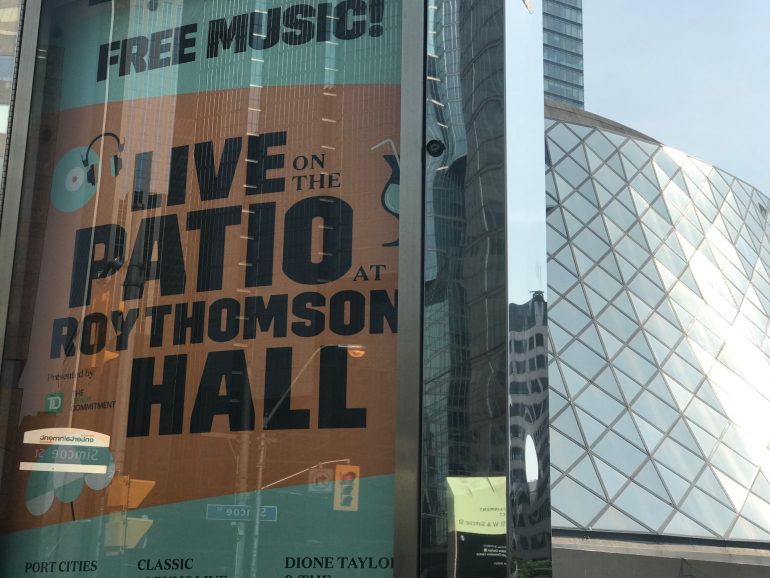 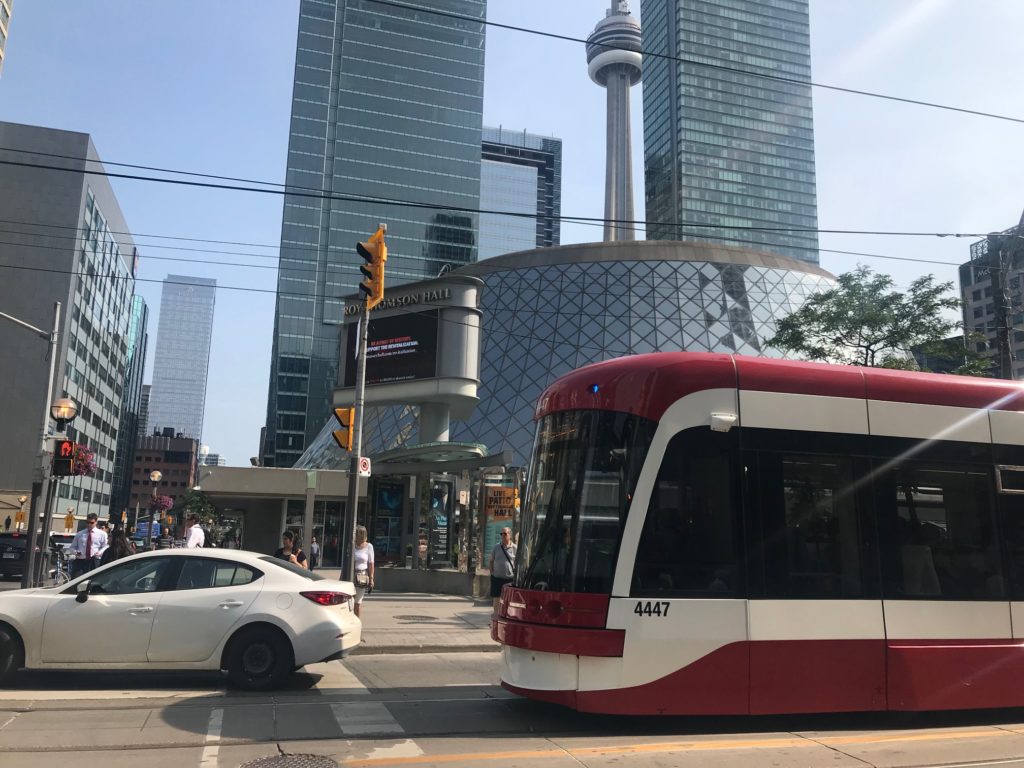 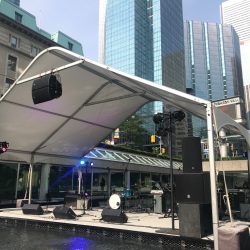 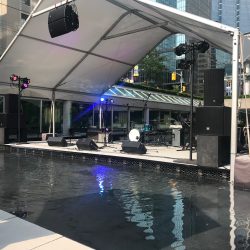 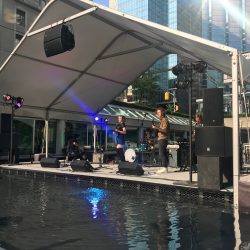 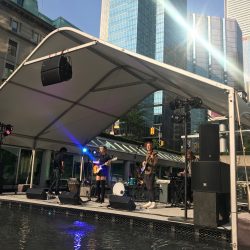 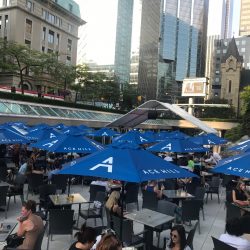 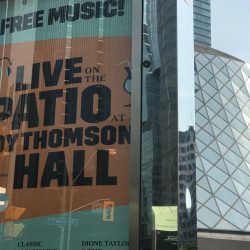 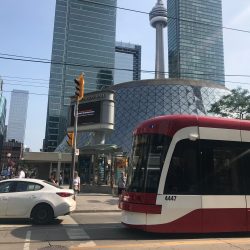 After a gruelling arctic winter in Toronto, there is nothing like appreciating the summer season in the city. 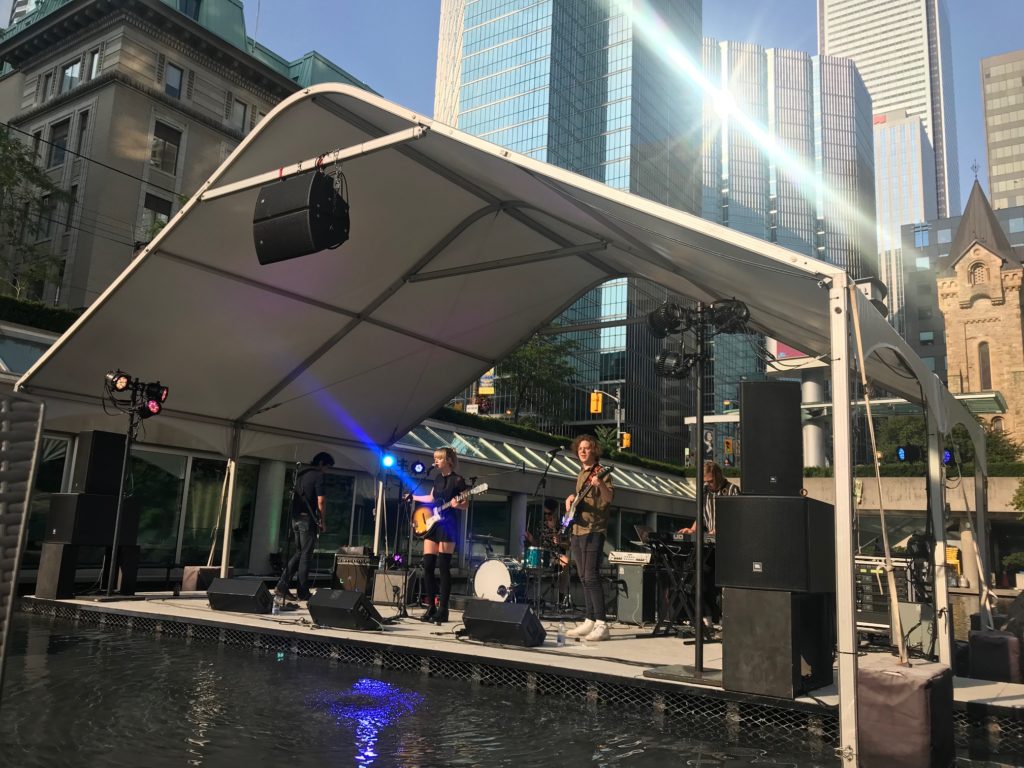 Roy Thomson Hall: Live on the Patio weekday events are a perfect summer sabbatical to enjoy the city and upcoming Canadian musical talent. 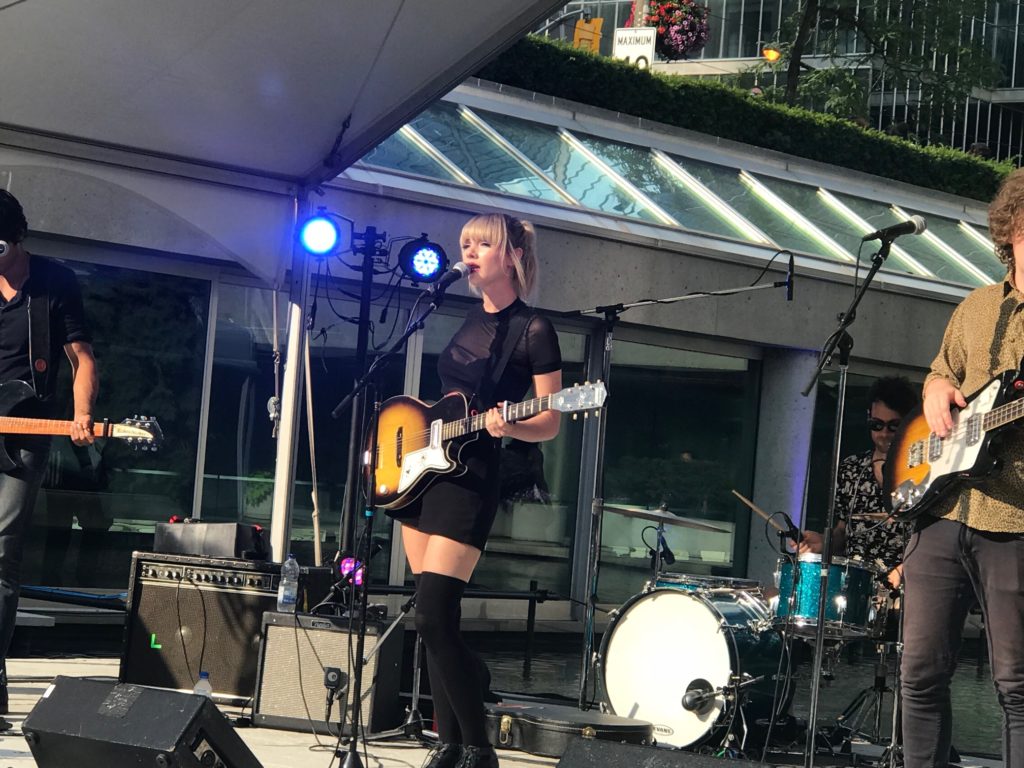 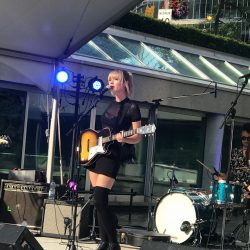 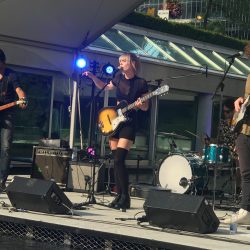 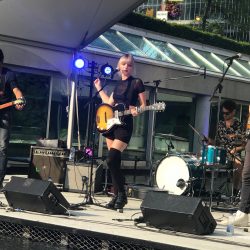 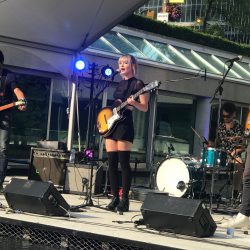 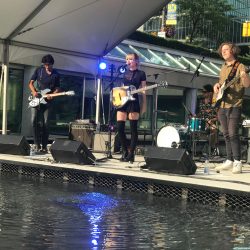 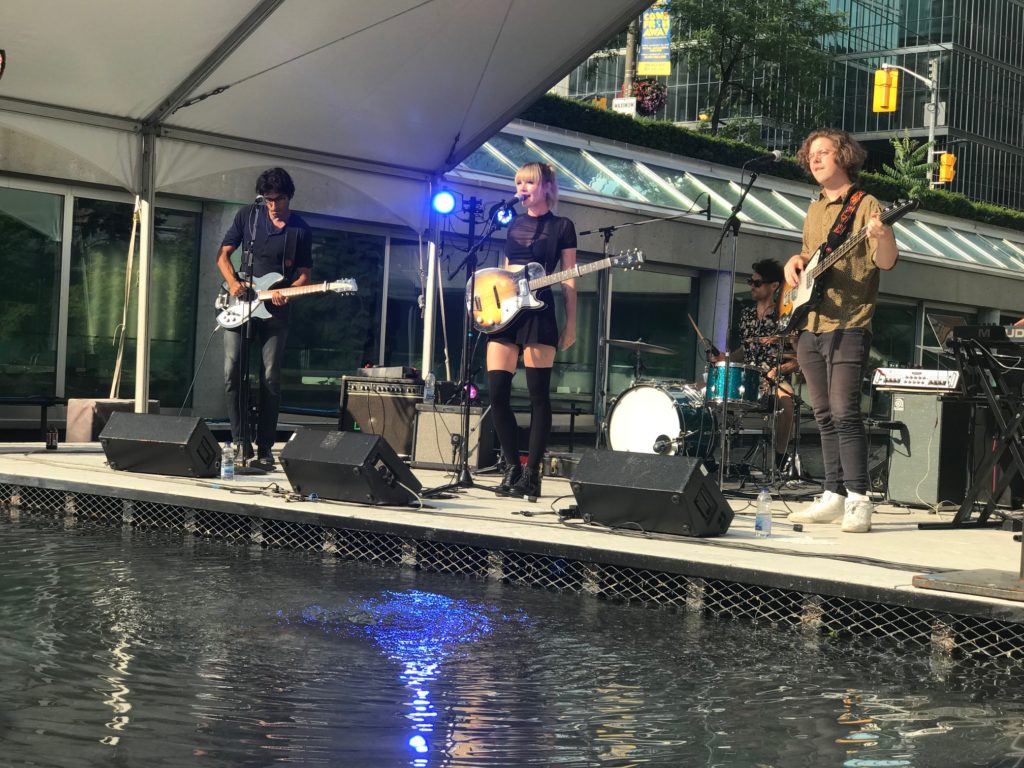 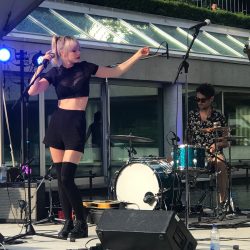 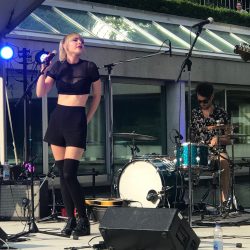 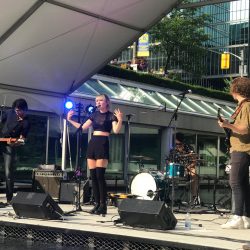 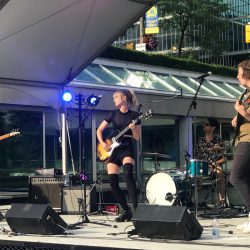 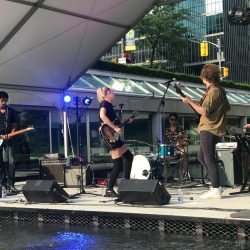 Kandle and her bandmates arrived at the picturesque stage, with crystal pool in front and the clear blue city skyline behind. 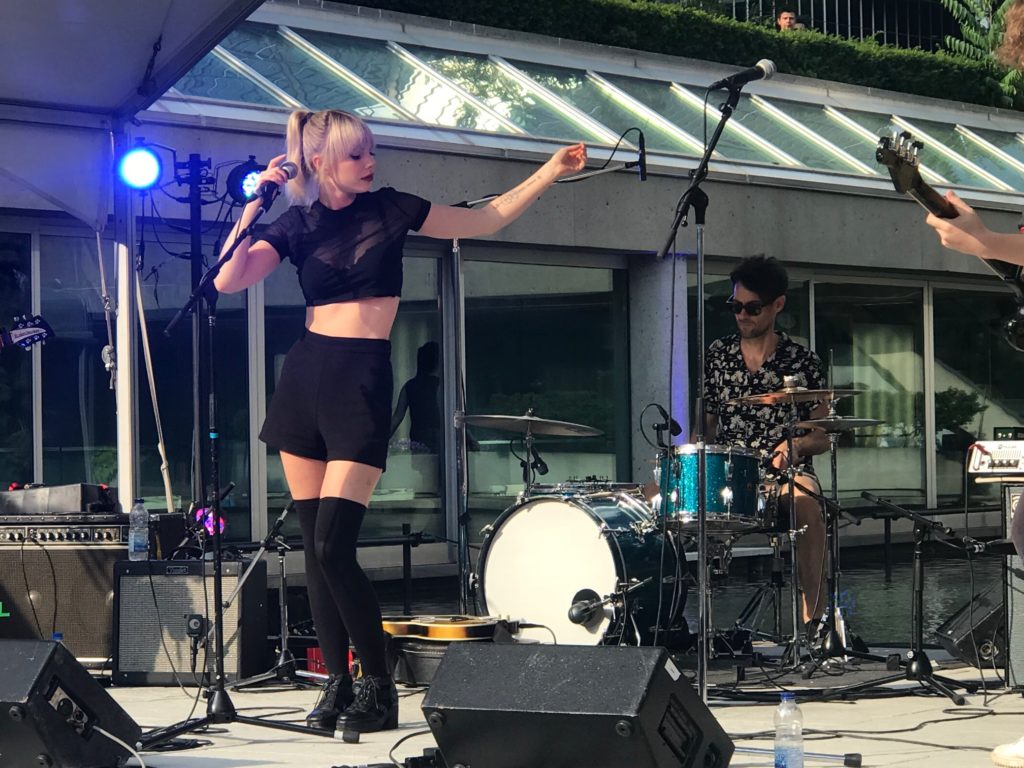 After an impressive, stellar CMW Showcase in May, there were plenty of carry-over fans, many who lined up for the 5pm venue door opening. Kandle’s setlist touched upon her two earlier releases including: “Bender”, “When My Body Breaks” and “Not Up to Me”. 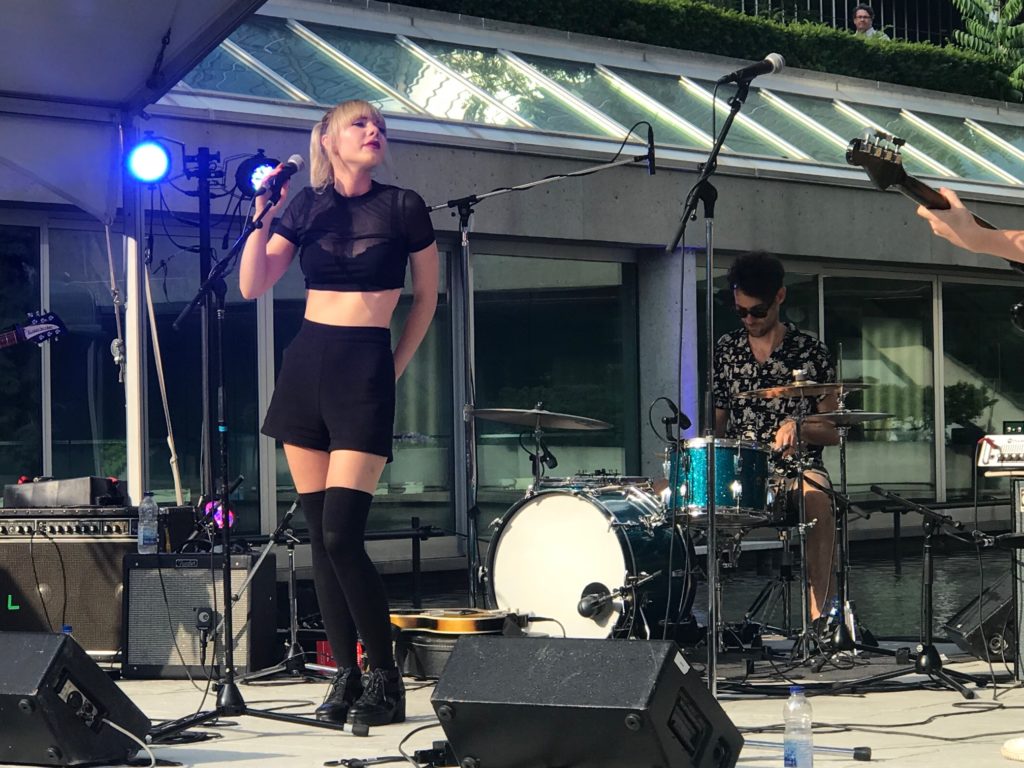 With bold, evocative songs, Kandle clearly has a bright future, the band finished off the set with “Demon”. 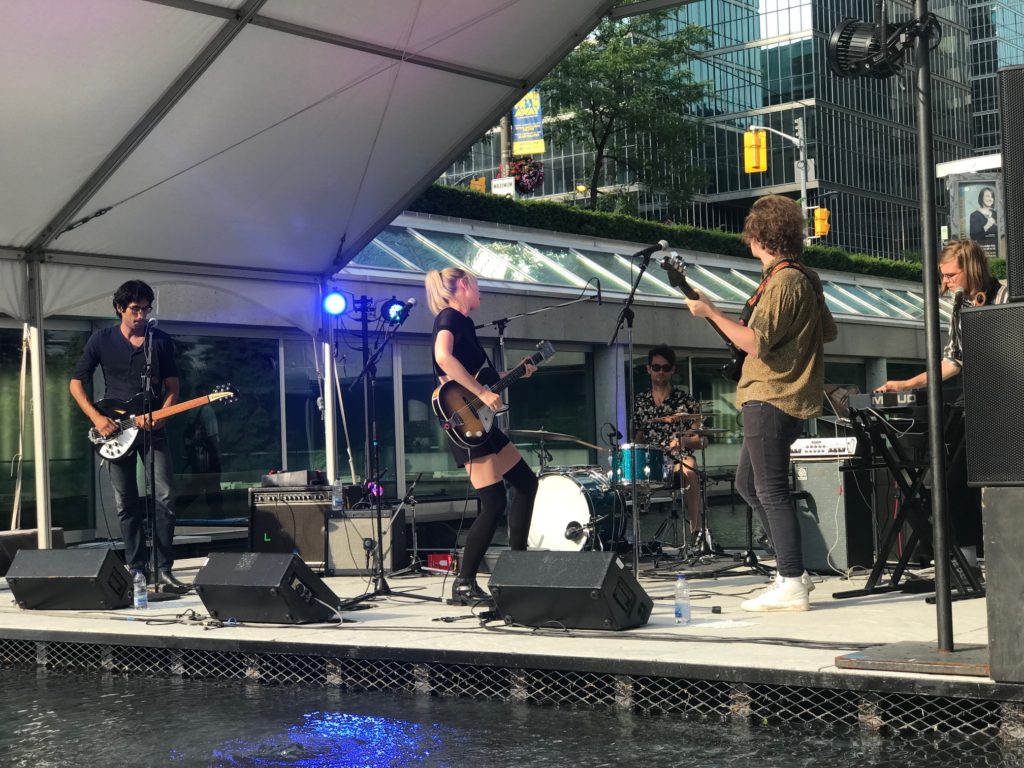 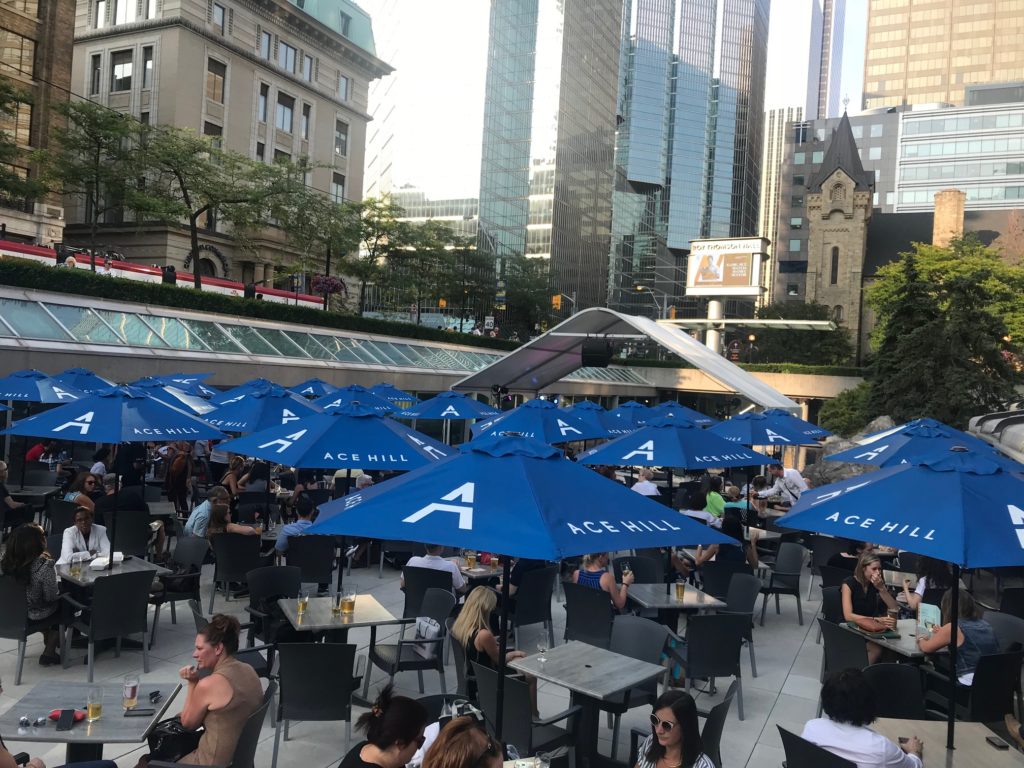