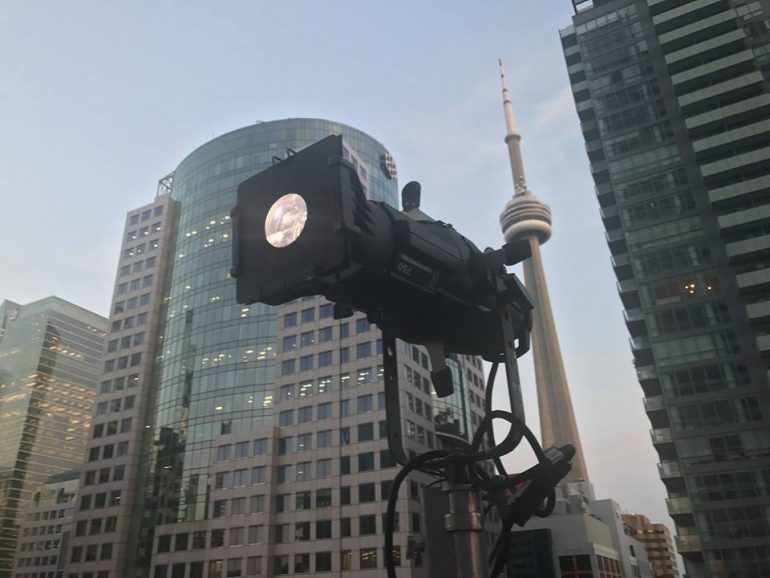 The Toronto International Film Festival® announced its award winners at the closing ceremony at TIFF Bell Lightbox today, hosted by Piers Handling, CEO and Director of TIFF, and Cameron Bailey, Artistic Director of TIFF. To watch the presentation, visit tiff.net/ceremony.

The IWC Short Cuts Award for Best Canadian Short Film goes to Marc-Antoine Lemire’s Pre-Drink. The jury remarked the film “is a monumental yet intimate portrayal of a woman in transition. Lead by the towering performances of the film’s two actors, both of who are worthy of receiving their own awards. The jury were especially taken by the leading actress who gives one of the best performances we saw in the Short Cuts programmes. The 2017 Short Cuts jury honors Pre-Drink for Best Canadian short film.”

The IWC Short Cuts Award for Best Short Film goes to Niki Lindroth von Bahr’s The Burden (Min Börda). The jury remarked, “Whimsical but tragic, imaginative and just plain weird, this is exactly what one can expect from a Scandinavian musical with fish in bath robes singing out their existentialist crisis. This is a film that stands out in this program and any film program it will ever be part of.” The award offers a $10,000 cash prize made possible by IWC Schaffhausen.

The Canadian awards below were selected by a jury comprised of Mark Adams, Artistic Director of the Edinburgh International Film Festival; Canadian documentarian and Hillman Prize winner Min Sook Lee (Migrant Dreams); and artist and filmmaker Ella Cooper, who is also the founder of Black Women Film! Canada.

The City of Toronto Award for Best Canadian First Feature Film goes to Wayne Wapeemukwa’s Luk’ Luk’l. The jury remarked, “The award goes to a striking debut film that disrupts borders – of form and content and suggests new cinematic territories.This beautifully realized film offers a unique Canadian perspective, made with real compassion, insight and remarkable characters from Vancouver’s East Side.” This award carries a cash prize of $15,000, made possible by the City of Toronto.

This award carries a cash prize of $30,000 and a custom award, sponsored by Canada Goose.

THE PRIZES OF THE INTERNATIONAL FEDERATION OF FILM CRITICS (FIPRESCI PRIZES)

Prize of the International Federation of Film Critics (FIPRESCI) for the Discovery programme is awarded to Sadaf Foroughi for Ava.

Prize of the International Federation of Film Critics (FIPRESCI) for Special Presentations is awarded to Manuel Martín Cuenca for The Motive (El Autor).

As selected by a jury from the Network for the Promotion of Asian Pacific Cinema for the sixth consecutive year, the NETPAC Award for World or International Asian Film Premiere goes to Huang Hsin-Yao’s The Great Buddha+.

Jury members include jury chairperson Rashmi Doraiswamy (India), Jian Hao (China), and Savine Wong (Canada). The jury remarked, “The NETPAC Jury awards The Great Buddha+ for depicting the interface between the haves and have-nots, with black humor and style, innovating with noir in representing the social reality of Taiwan today.”

This is the third year for Platform, the Festival’s juried programme that champions directors’ cinema from around the world. The Festival welcomed an international jury comprised of award-winning filmmakers Chen Kaige, Małgorzata  Szumowska, and Wim Wenders who unanimously awarded the Toronto Platform Prize, presented by Air France, to Warwick Thornton’s Sweet Country.

“This is a spiritual epic taking place in 1929 in Australia’s Northern Territory,” said the jury in a statement.  “It is a great saga of human fate, and its themes of race and struggle for survival are handled in such a simple, rich, unpretentious and touching way, that it became for us a deeply emotional metaphor for our common fight for dignity.

Speaking about their deliberations, the jury added: “We saw 12 films from all over the world that took us into very different universes of the soul and to extremely different places on our planet. We were thankful to be able to see these films and we very much appreciated that actually exactly half of them were made by women. TIFF is leading the way, we feel.”

“As we only had one award to give, we had to be quite radical. We also limited ourselves to only one special mention, even if other films might have imposed themselves for best acting, writing or directing.”

Awarding a special mention to Clio Barnard’s Dark River, the jury said: “This film, deeply rooted in the Yorkshire countryside, convinced us, as its characters and actors, its photography, its story and its sense of place were all so much ONE, so utterly believable and controlled, that we were totally taken by it.”

The Toronto Platform Prize offers a custom award and a $25,000 cash prize, made possible by Air France.

New this year, the Festival presents a free screening of Toronto Platform Prize winner Sweet Country at TIFF Bell Lightbox at 8:30 pm on September 17. Tickets will be available on a first-come, first-served basis beginning at 6:30pm.

This year marked the 40th year that Toronto audiences were able to cast a ballot for their favourite Festival film for the Grolsch People’s Choice Award. This year’s award goes to Martin McDonagh for Three Billboards Outside Ebbing, Missouri. The award offers a $15,000 cash prize and custom award, sponsored by Grolsch. The second runner-up is Luca Guadagnino’s Call Me By Your Name. The first runner-up is Craig Gillespie’s I, Tonya.

TIFF is a charitable cultural organization whose mission is to transform the way people see the world, through film. An international leader in film culture, TIFF projects include the annual Toronto International Film Festival in September; TIFF Bell Lightbox, which features five cinemas, major exhibitions, and learning and entertainment facilities; and innovative national distribution program Film Circuit. The organization generates an annual economic impact of $189 million CAD. TIFF Bell Lightbox is generously supported by contributors including Founding Sponsor Bell, the Province of Ontario, the Government of Canada, the City of Toronto, the Reitman family (Ivan Reitman, Agi Mandel and Susan Michaels), The Daniels Corporation and RBC. For more information, visit tiff.net.

IWC Schaffhausen is the sponsor of the Short Cuts Awards.

The City of Toronto is the supporter of the Award for Best Canadian First Feature Film.

Canada Goose is the sponsor of the Award for Best Canadian Feature Film.

Air France is the sponsor of the Toronto Platform Prize.

Grolsch is the sponsor of the People’s Choice Awards.

The Toronto International Film Festival is generously supported by Lead Sponsor Bell, Major Sponsors RBC, L’Oréal Paris and Visa, and Major Supporters the Government of Ontario, Telefilm Canada and the City of Toronto.