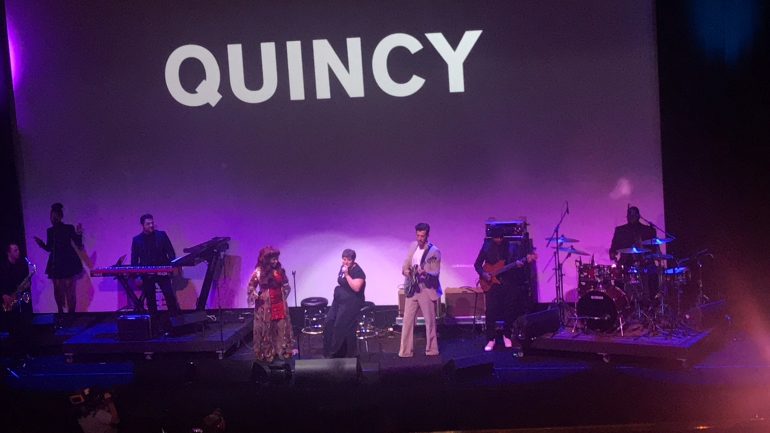 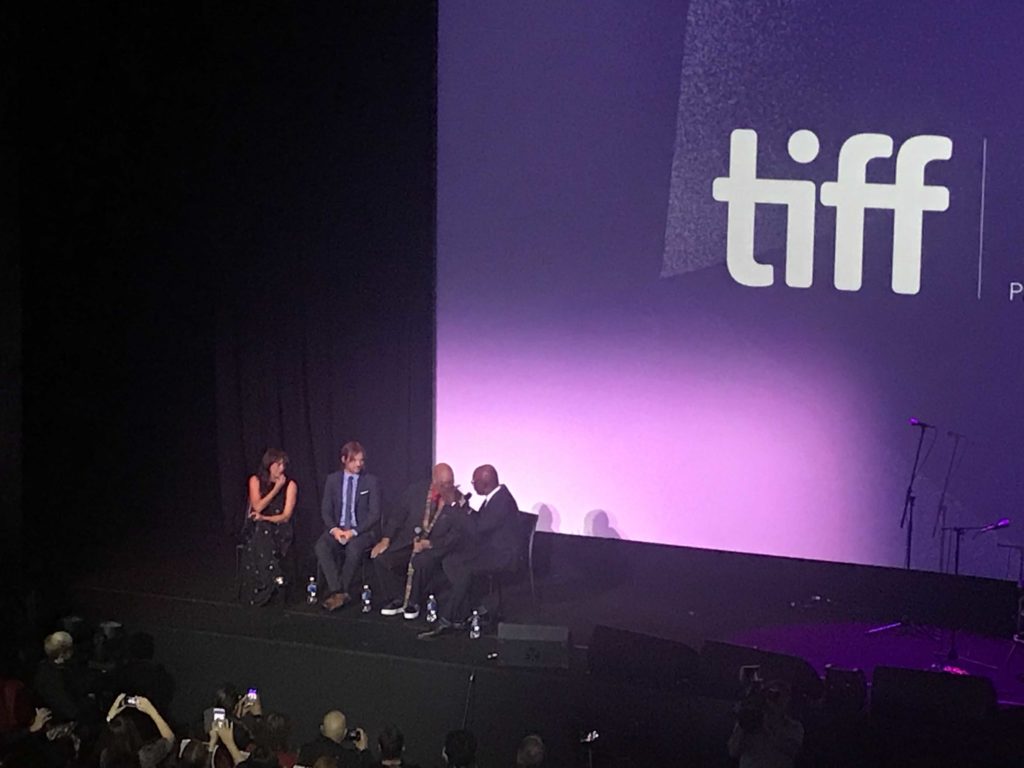 A special TIFF premiere of “Quincy” with arguably one of the most successful, influential artists of all time — Quincy Jones. 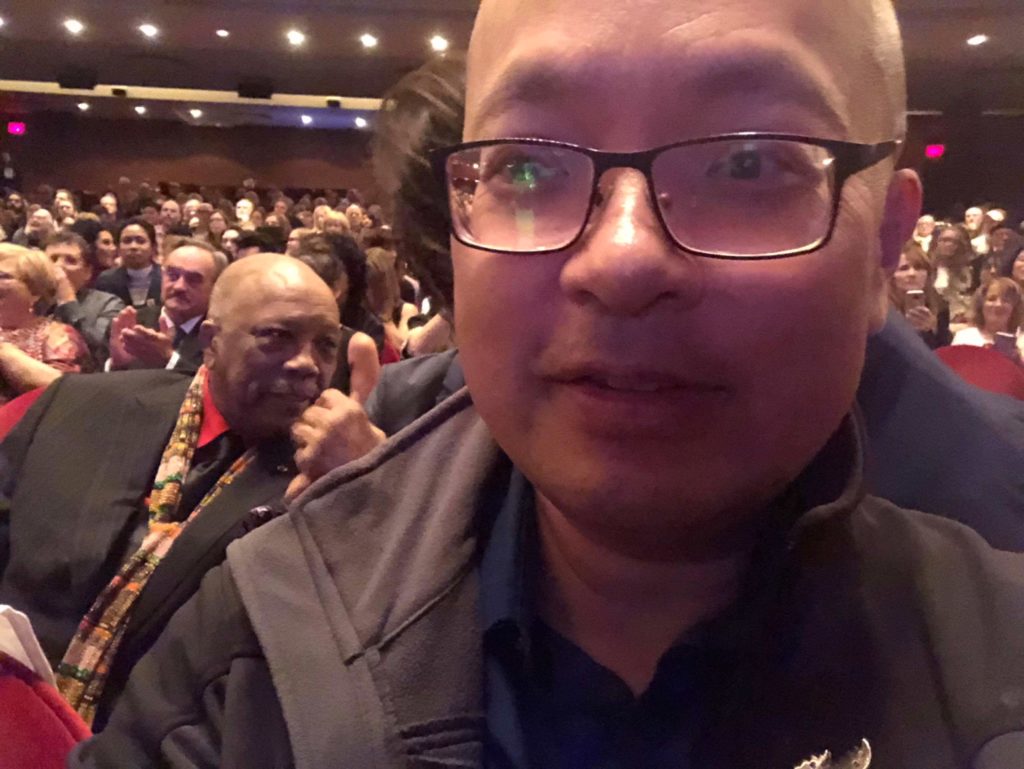 With Quincy’s daughter Rashida Jones leading the charge in creating the documentary, the audience was treated to compelling insights into Quincy’s life. A very special performance from another great Chaka Khan (w. Mark Ronson & Yebba Smith) performing the lead soundtrack song “Keep Reaching” added to the heart of the night.

Adding to the special screening was a performance from (Quincy proteges) Alfredo Rodriguez and Richard Bona.

THOM POWERS: A fascinating and intimate look at the life, labours, and legacies of the legendary music producer, co-directed by daughter Rashida Jones and Alan Hicks. 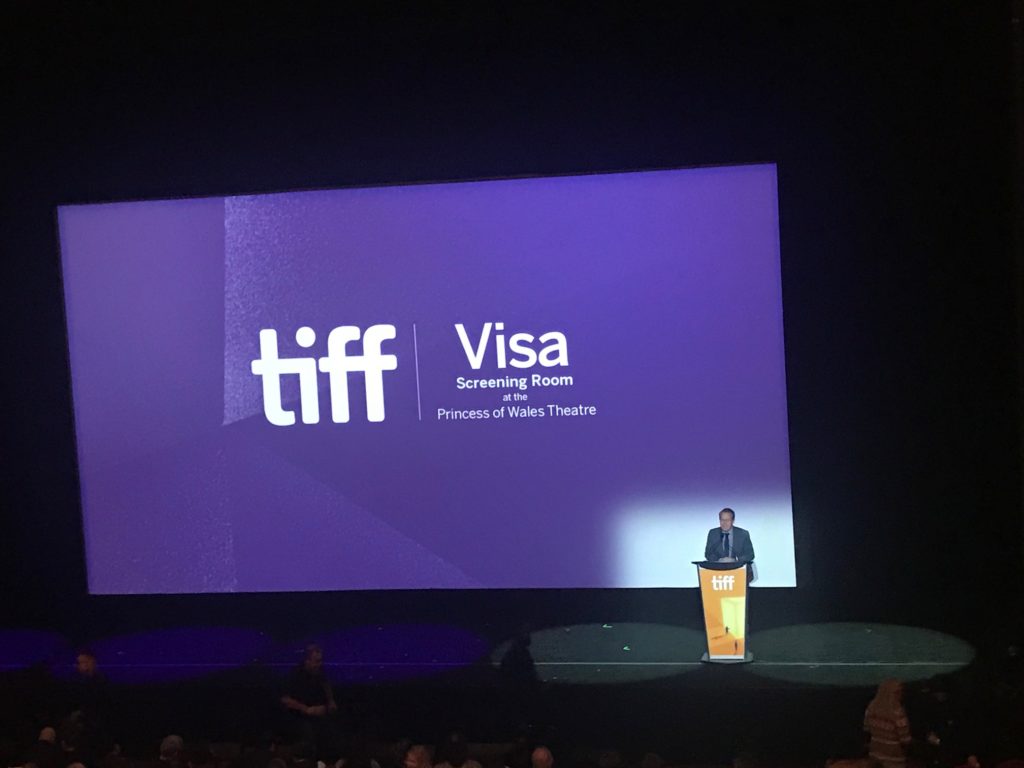 No one has had a career like Quincy Jones. His contributions to (and influence on) everything from jazz to soundtracks to pop to hip-hop as a composer, arranger, and producer are immense. Now 85, Q — as he’s known to friends — hasn’t slowed down.

This intimate portrait follows him over three years on the road as he prepares to stage a star-studded concert for the opening of the National Museum of African American History & Culture in Washington, DC.

His daughter Rashida Jones, the actor-writer-director-producer, teams with filmmaker Alan Hicks (Keep On Keepin’ On, about jazz legend Clark Terry) to direct this jubilant celebration of Quincy Jones’s past and present. 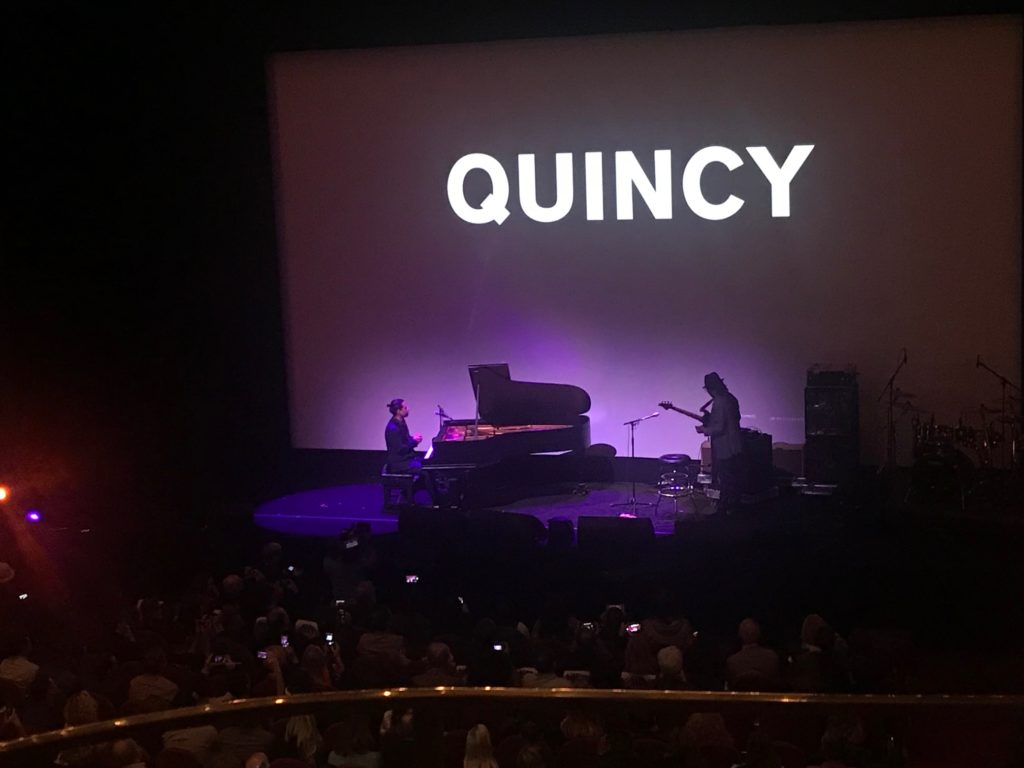 Jones is as skilled with storytelling as he is with tunes. His list of collaborators is astonishing and he has delightful reflections on them all: Count Basie, Herbie Hancock, Chick Corea, Dinah Washington, Frank Sinatra, Dizzy Gillespie, Michael Jackson… and that’s just the beginning. Jones’s achievements aren’t limited to music.

As a film and TV producer, he played a key role on The Color Purple and The Fresh Prince of Bel-Air. His personal life is similarly prodigious; Jones has seven children from five different relationships. He candidly reflects on the role of the family in his life.

His childhood in Chicago was marked by the absence of his mother and the brutality of the streets. He describes his life as “always running, trying to fill that black hole in my soul.”

The film deftly interweaves Jones’s history, while letting us watch him at work, wrangling talent for the NMAAHC show, phoning everyone from Colin Powell to Oprah Winfrey.

The film culminates in performances by Ray Charles and others who exemplify the immensity of Quincy Jones’s impact.