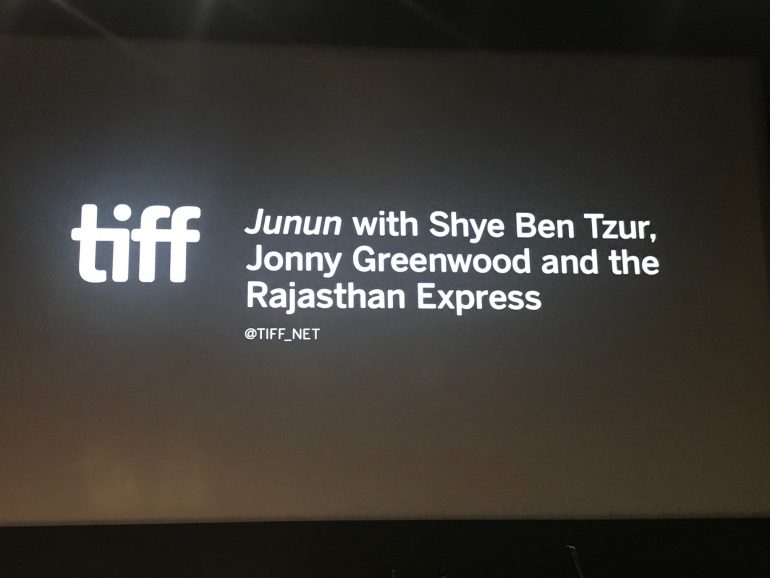 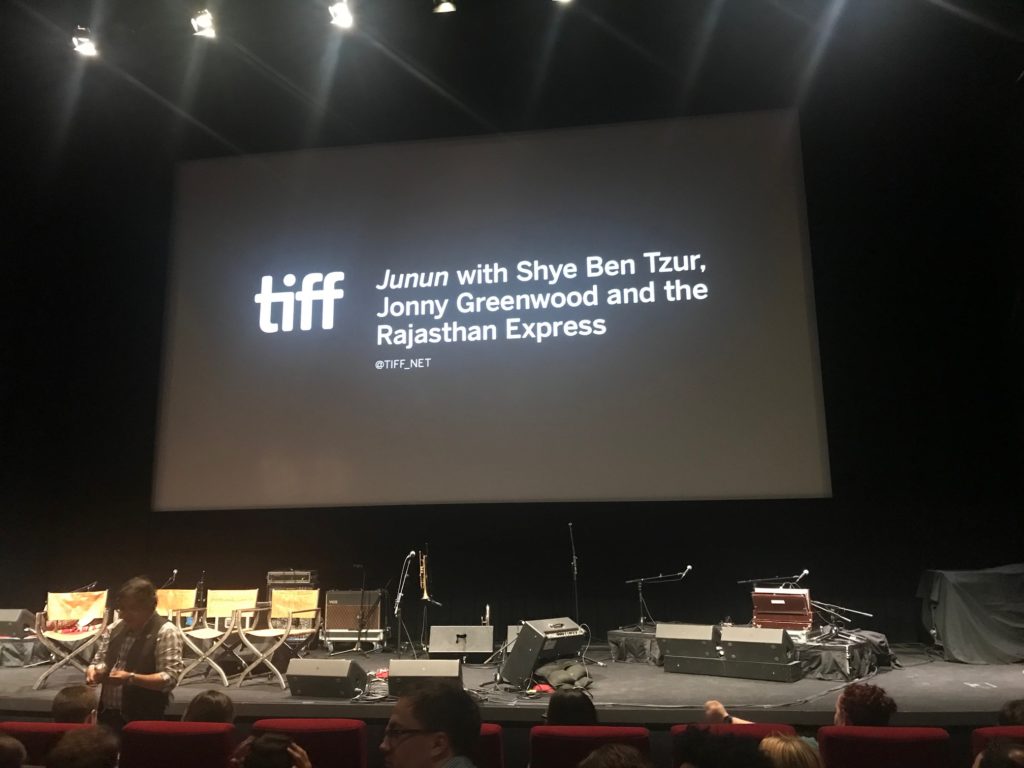 Junun are the supporting act for Radiohead’s current North American tour and a behind-the-scenes 2015 documentary by Paul Anderson. 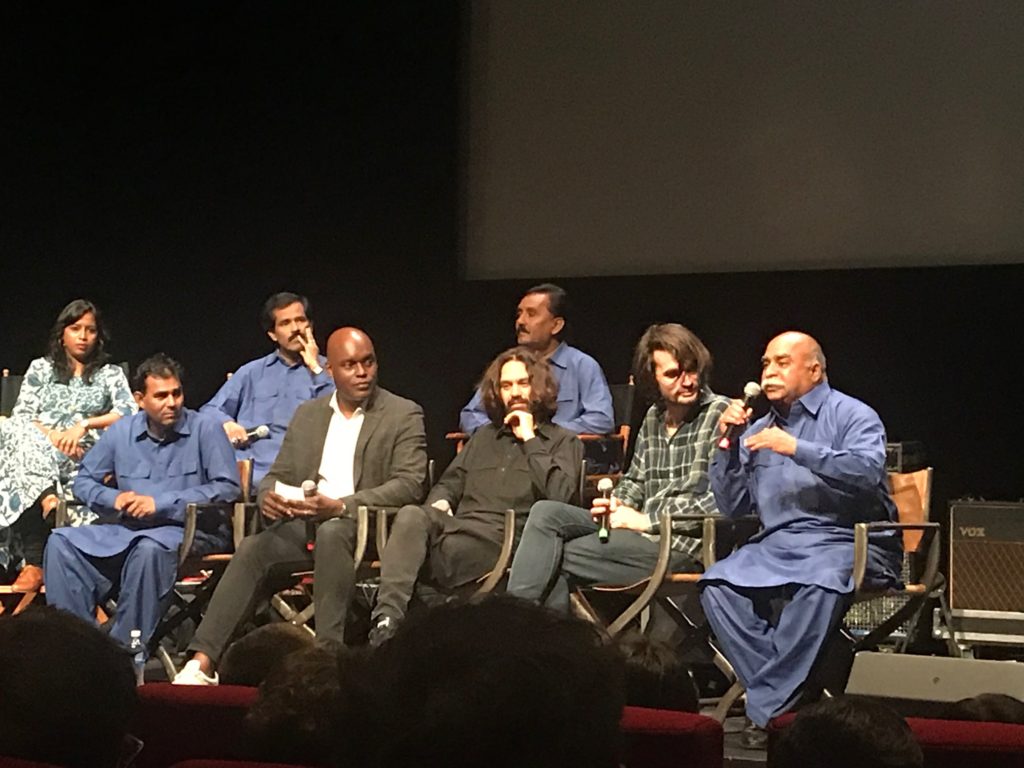 Israeli composer Shye Ben Tzur, who had been living in India for over a decade, was contacted by Radiohead  guitarist  Jonny Greenwood, who told him he admired his music. When planning their collaboration, they agreed on things they would not do; for example, Greenwood insisted they use no string instruments except those native to the region and hire only musicians from Rajasthan. 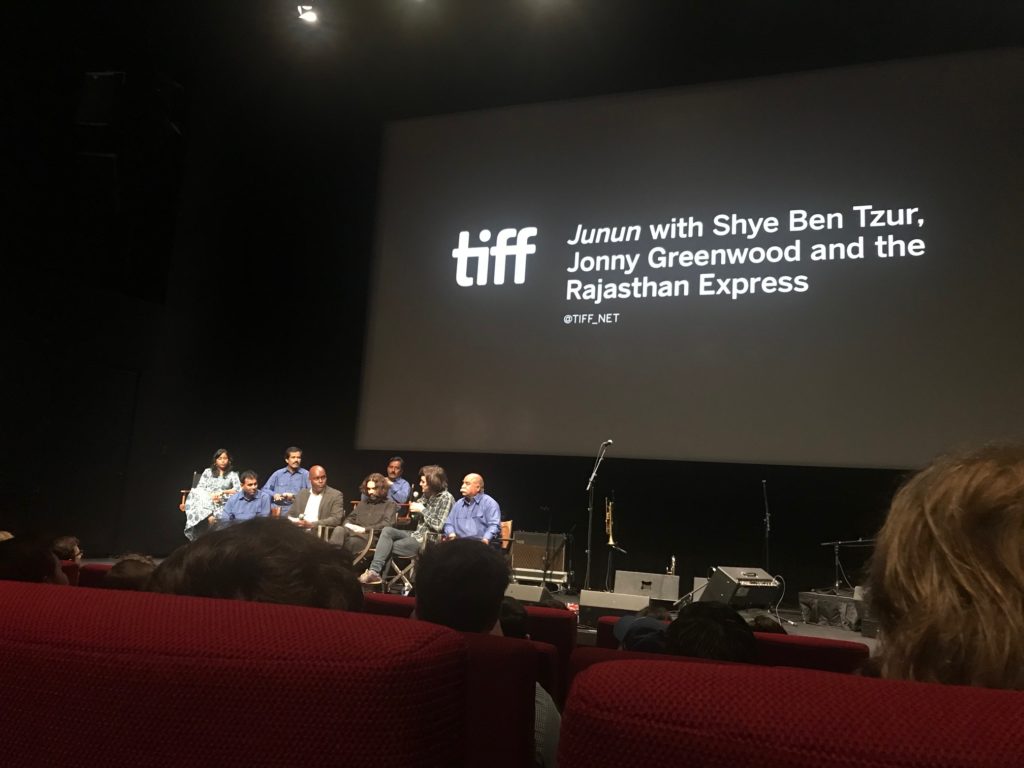 The audience was treated to a viewing of the film and a Q&A session with TIFF Artistic Director & Co-Head Cameron Bailey with the principals of the film. 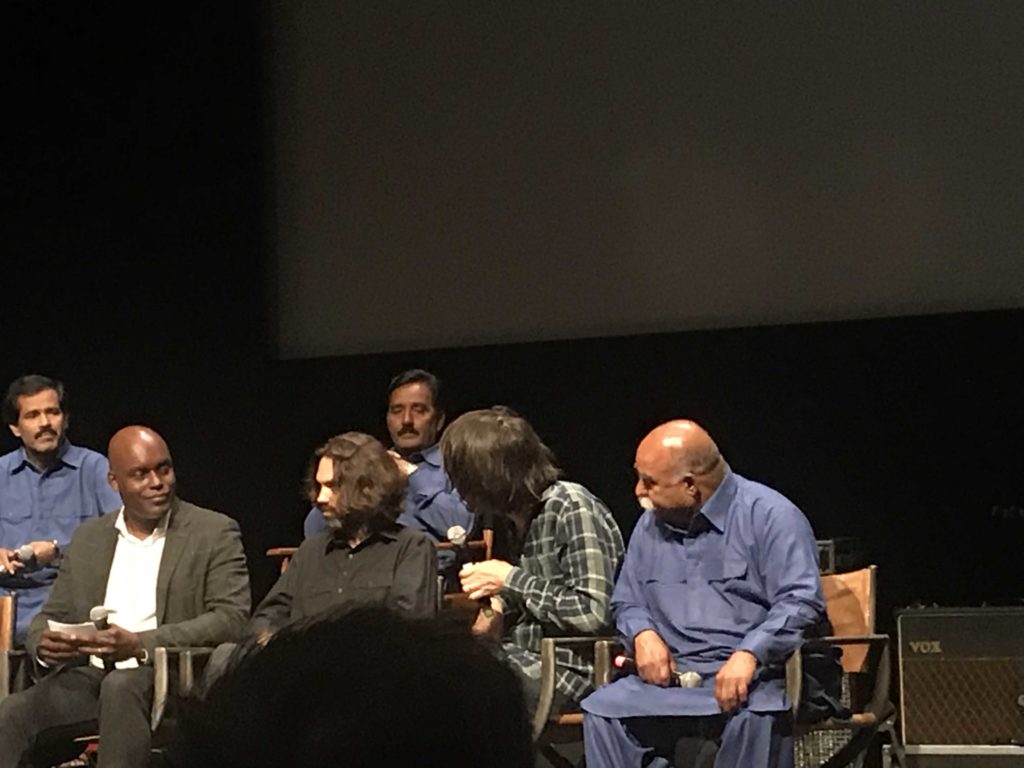 Ben Tzur wrote the songs, with Greenwood producing and contributing guitar, bass, keyboards, ondes Martenot and programming. Radiohead producer Nigel Godrichengineered. The group set up a recording studio in Mehrangarh Fort in Rajasthan, India. Tzur and Greenwood were joined by a group they named the Rajasthan Express, with musicians from three musicial traditions: the Qawwali, Sufi musicians from Southeast Asia; Muslim Roma; and the brass section, who play in weddings and parades, a tradition brought to India by the British. All the reverb on the album is natural and was recorded using a large space beneath the fort. 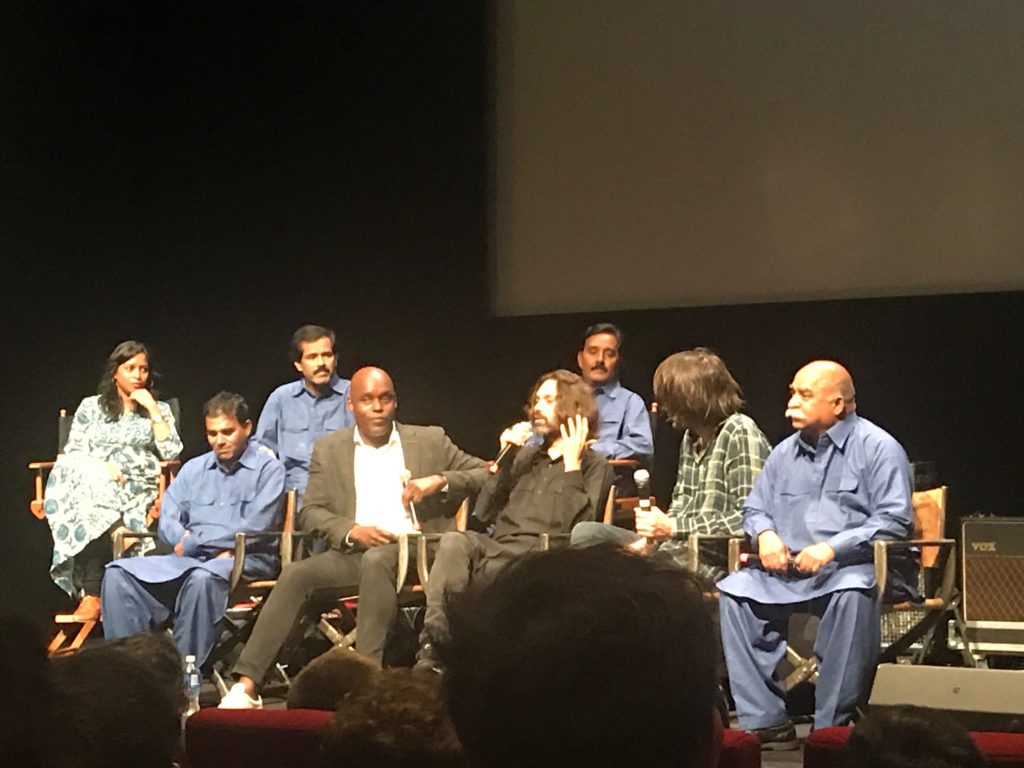 According to Pitchfork, the music incorporates “Bollywood-style brass exuberance, the devotional Qawwali music of Sufi Islam, and bowed-string instruments associated with the Manganiar community.” 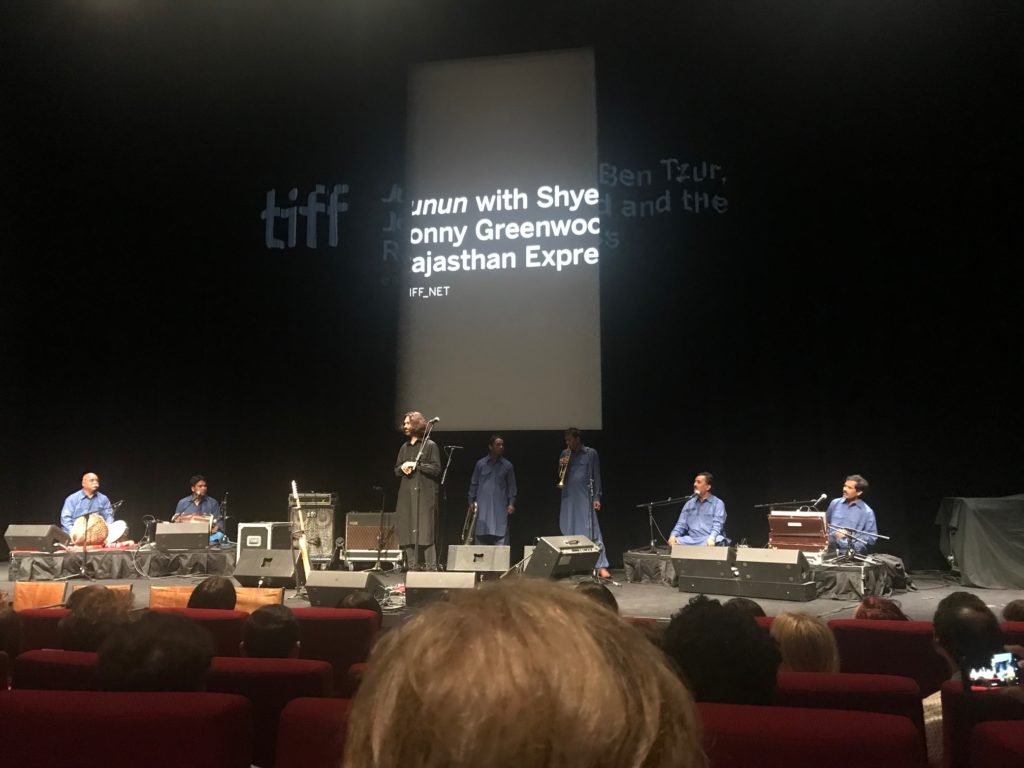 A performance by Shye Ben Tzur and the Rajasthan Express was an added bonus after the Q&A. 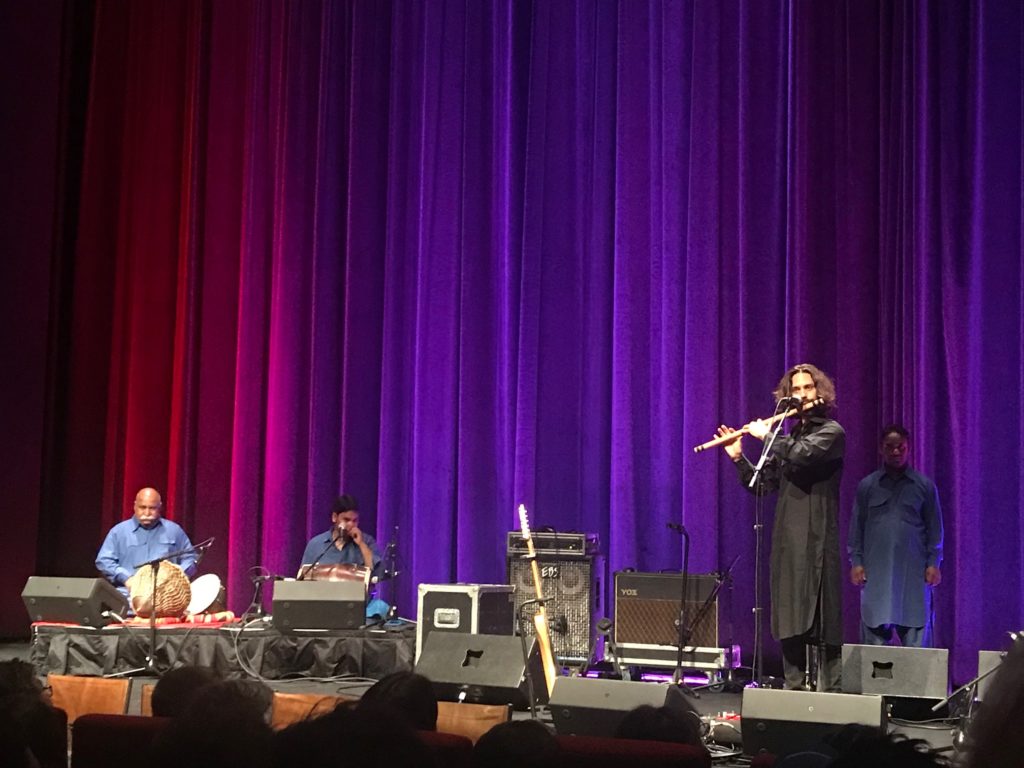 Whereas western music is based on harmonies and chord progressions, Greenwood wanted to use chords sparingly, and instead write using North Indian ragas. He said: “There’s no major or minor in Indian music, which is very peculiar for someone who’s used to playing with Radiohead and coming up with chord sequences … As soon as you start imposing chords on this kind of music, you pin it down and force melodies onto it to have some sort of harmonic language that they don’t really have, [Indian] music is more ambiguous than that.” He likened the music to the work of James Brown, describing it as “ecstatic”. 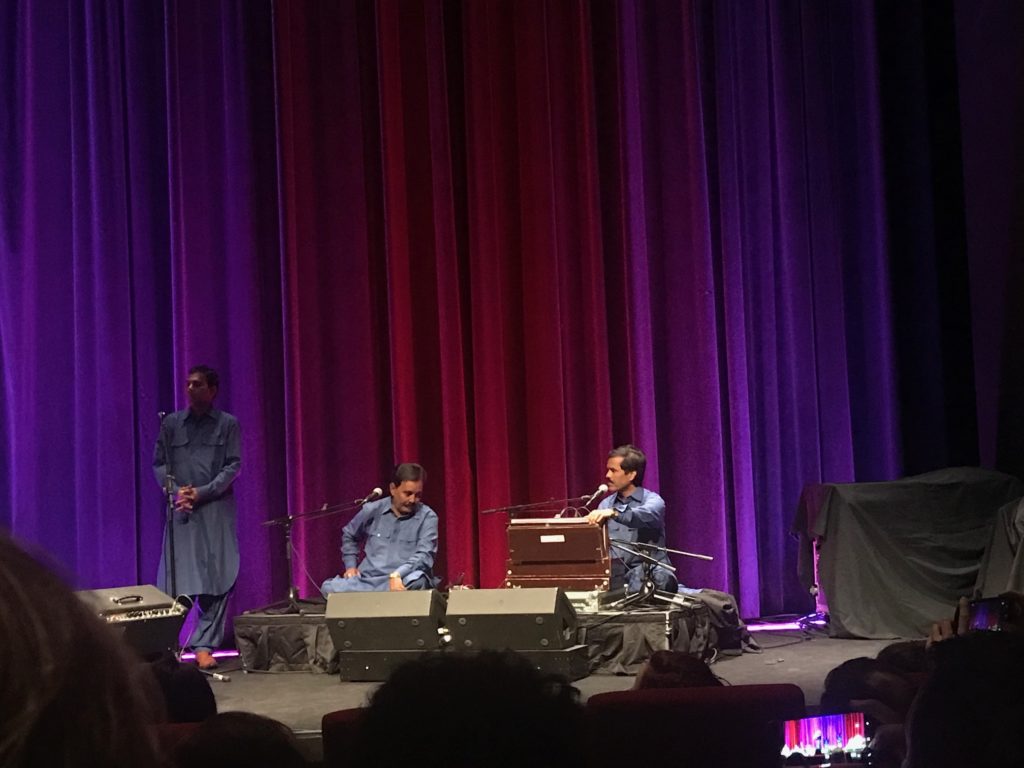 Greenwood and Godrich said they wanted to avoid the “obsession” with high fidelity in recording world music and instead hoped to capture the “dirt” and “roughness” of music in India. Greenwood said: “When lots of Westerners go to India they make music with lots of respect, but sometimes it feels a bit like there’s too much respect. People can be too wary, too wary to make anything that captures the real roughness of some of this music, especially the way the brass bands play when they’re following processions and weddings down backstreets and the like.” To capture less polished recordings, some vocals were recorded with the singers using handheld microphones. Some singers sang phonetically in languages they did not know. The lyrics are in Hebrew, Hindi, and Urdu. 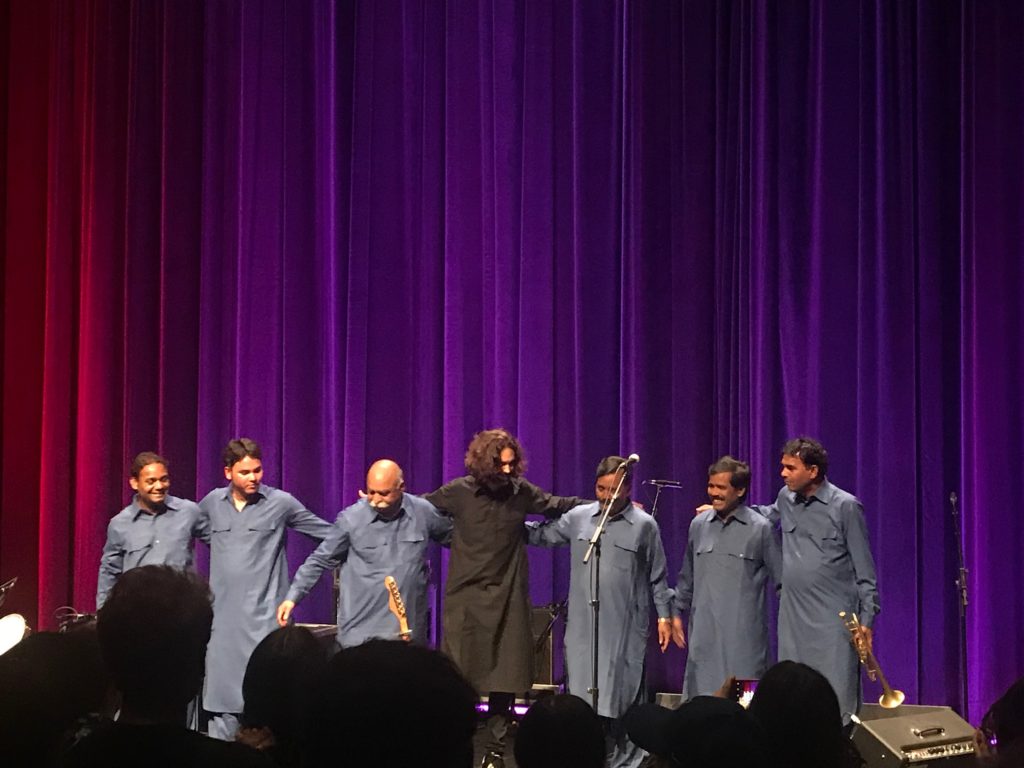