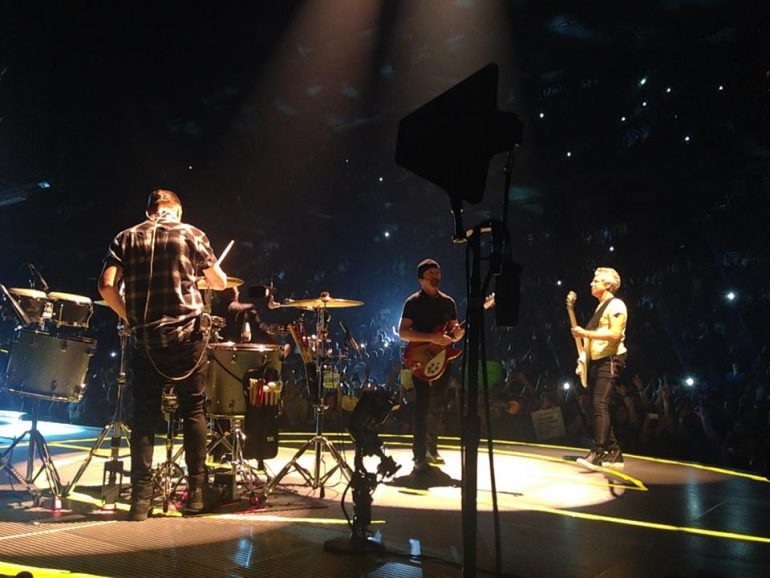 Much has been made about U2‘s attempt for relevancy in today’s volatile un/predictable music climate.

Lack of radio (?) airplay and support by music industry mindless-programmed-drones.

“We’re on the verge of irrelevance. You have to make stuff relevant to you and where you’re at, make an honest account of what you’re going through. If that’s relevant to other people, great! But we don’t know.” 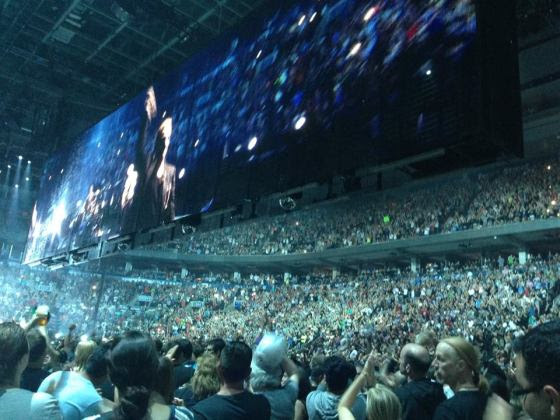 U2‘s iNNOCENCE + eXPERIENCE TOUR had already garnered a build up of reviews from critics and fans alike before touching down for two sold out shows (they easily could have sold out three more) at Toronto’s Air Canada Centre. Always innovating, re-inventing and experimenting — this tour would again change the perceptions of audience engagement (just like the last 360 Stadium Tour) with a more scaled down (?) production built for arenas versus huge open air stadiums. The hope is for a more engaged, intimate experience for concert goers.

… the show starts with the notion of the innocence of a single lightbulb. As the story developed during the design phase, it informed the shape of the stage to facilitate the narrative: the theme of going from home to the world and then back again, “the journey from ‘Innocence‘ to ‘Experience‘ …

eXPERIENCING from both the lower bowl and general admission floor, one of the most startling experiences attending both shows was the ‘uncommon calmness’ and order of the audience before, during and after the show. None of the over-zealous-rabidness, urban-foot-soldiering-traffic-crushing crowds materialized for both nights — as if an H.G. Wells time machine froze temporal time+space in Welsh-continuum perpetuity.

Starting off with the first single off the latest Apple iTunes effort, “The Miracle (Of Joey Ramone)“, the unmistakeable anthemic stadium sonics reacquainted and reaffirmed to the audience why the quality of U2‘s powerful songs can touch and inspire with the first notes from The Edge (guitar), Adam Clayton (bass), Larry Mullen, Jr. (drums) along with lead Bono. 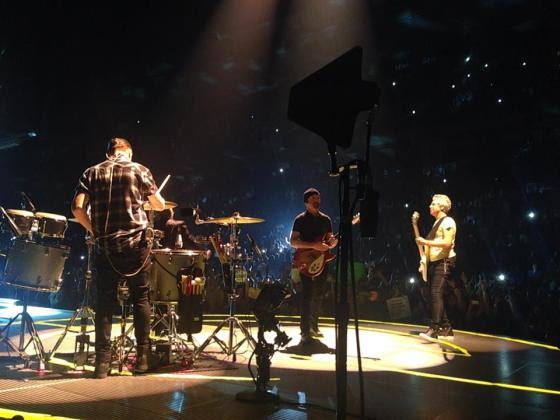 With +30-years of some of the most recognizable, stirring and memorable songs ever crafted, songs from the first set such as “I Will Follow“, “Sunday Bloody Sunday” and “Until The End Of The World” are even more relevant today, then when they were first released in the 80’s & 90’s. Hopefully, the latest and future generations will appreciate (raise their music I.Q.), listen and learn.

Along with the opener from “Songs Of Innocence“, songs from the latest release included “Iris (Hold Me Close)“, Cedarwood Road“, Song For Someone“, and “Raised By Wolves“. 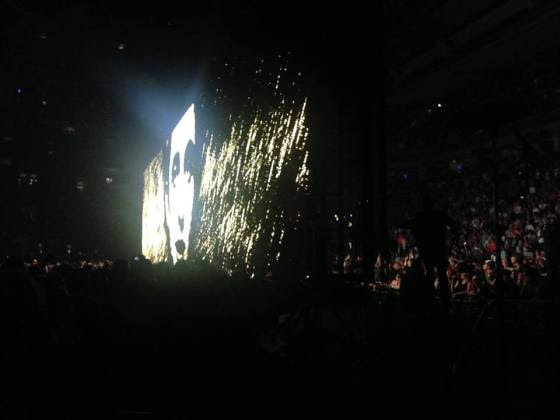 As the closing song on 1993’s “Zooropa“, the unmistakeable voice of Johnny Cash’s “The Wanderer” played over the speakers and on the video screen to indicate the close to the first set and the start of the second set.

Opening the second set with “Invisible“, Even Better Than The Real Thing“, “Mysterious Ways” — U2 managed to generate considerable worldwide press with audience engagement. First, with “Jessica’ the belly dancer (hopefully, just a student and not a belly dancer teacher by trade); a U2 cover band (hopefully, this means the cover band can get a few extra pints of Guinness for their next gig) and lastly acoustic playing “Stephanie” who played “Angel of Harlem” (which resulted in the omission of two songs off the playlist due to technical difficulties stemming from jumping the set list).

The under-appreciated “Every Breaking Wave” came next, a solid, moving song from “Songs Of Innocence“ that clearly displays U2‘s  continued deftness for intense, melodic, touching songs. The true crime? Lack of radio support for bands such as U2. “Every Breaking Wave” clearly deserves a wider audience, but with the lack of ‘confident’ music programmers in North America, the ‘art of the song’ is on it’s last leg and headed to the graveyard of “preprogrammed + ROI + pre-synched + electronic-over-produced-beats + factory-churned + dystopian blandness”.

Closing the second set with “The Joshua Tree” first single, “With Or Without You“, Bono’s range and urgency in the song is as vital as when it was first released in 1987.

Starting the encore with “City Of Blinding Lights“, the simple light geometrics of the stage bathed the audience in the powerful white light of hope. 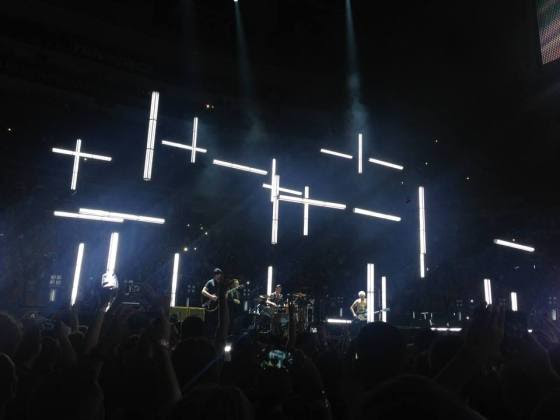 By the end of the night with closing songs “I Still Haven’t Found What I’m Looking For“ into “Stand By Me” (July 6) and “One” (July 7), U2 captivated the audience thematically by connecting, engaging and unifying.

As the arena house lights flickered, the overture of audience convergence walking & smiling to the “Rattle and Hum” of empathetic universal perfection, the question of “relevancy” arises? The infinite solution?