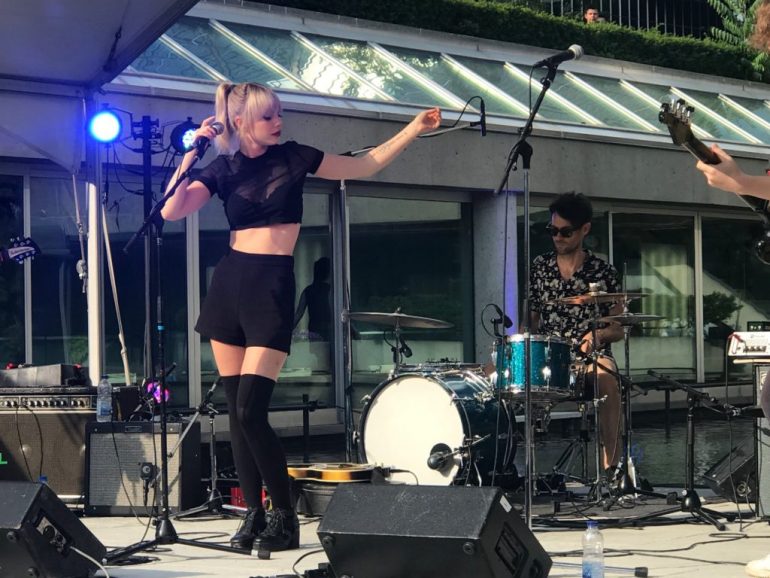 This summer Indie Fridays returns to Yonge-Dundas Square (YDS) for the 9th year in a row! With the launch of Chevrolet’s new music discovery program, Chevy Music, this will be the biggest and best Indie Fridays since Chevrolet began their partnership with YDS three years ago.

Throughout June 28 – August 30, YDS will host these popular multi-genre concerts in association with SHED/Universal Music Canada as a summer-long emerging artist showcase.

July 12 will be #FolkFriday at Yonge-Dundas Square with the Celtic sounds of Nova Scotian sisters Cassie and Maggie, the countrified rock of the Devin Cuddy Band, and the serenading songs of Kandle.

On Friday, July 26, new music will take over the Square with performances steeped in indie rock by headliners Common Holly and Skye Wallace, plus groovy Canadian duo Garçons.

On Friday, August 16 Chevy Music Indie Fridays will drop the beat for a night of dancing in the Square with appearances by free form beat manipulator Korea Town Acid, Blk riot grrrl rapper Myst Milano, and electronic beats from Ian Campeau aka DJ NDN (co-founder and former member of A Tribe Called Red).

For more information and a full schedule of events, please visit YDSquare.ca