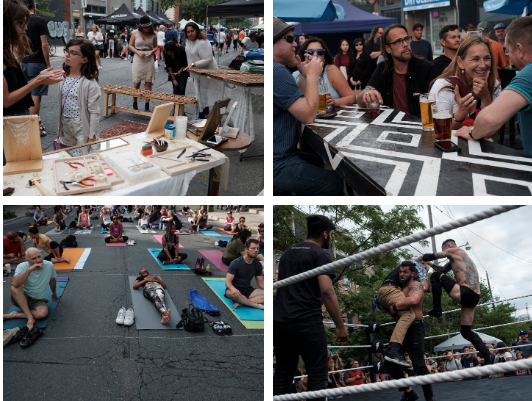 OssFest returns for the fourth annual pedestrian take over on the Ossington Avenue Strip between Dundas Street West and Queen Street West! On Saturday, July 27, 2019 OssFest will feature free, all day programming including a Live Music Stage, SuperKick’d Wrestling and much more!

Superkick’d Wrestling, the popular Pro Wrestling Rock Show, will return to OssFest where attendees can cheer on their heroes, and boo the heels in round after round of pure entertainment.

Organized by the Ossington BIA and community partners, OssFest will begin with a yoga class in the morning, followed by artisans and local businesses showcasing their goods throughout the day. OssFest will have music and entertainment programming all day and into the evening with over 20 patios open until 1am. OssFest is family friendly, pet friendly, and is a fantastic way to celebrate the neighbourhood!