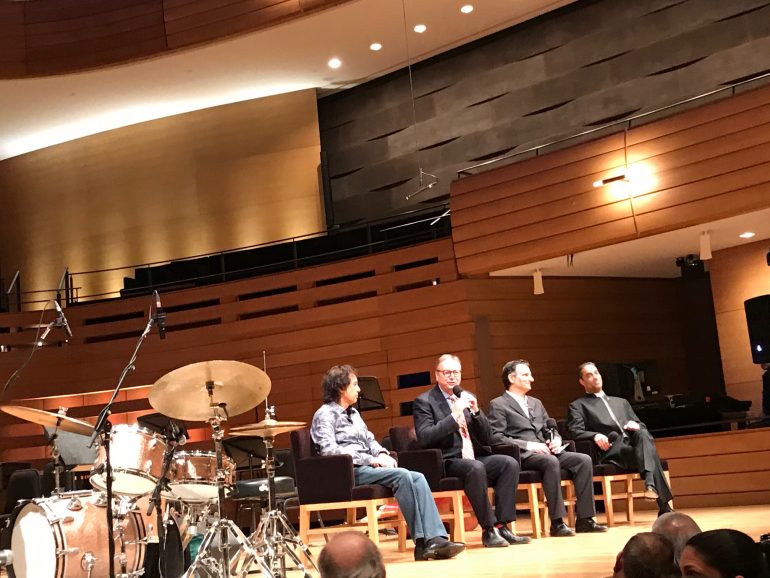 This included the Canadian premiere of Hussain’s tabla concerto, “Peshkar”, and the world premiere of Patitucci’s “Hypocrisy”.

The pieces also included an orchestra and famed jazz stalwarts Danilo Pérez on piano, Brian Blade on drums, and Patitucci on bass.

A pre-show Q&A started the evening including Hussain, Dalal and Patitucci.

The concert opened with improvisation by Hussain and the trio.

The Glenn Gould School (GGS)’s Royal Conservatory Orchestra (RCO) is widely regarded as an outstanding ensemble and one of the best training orchestras in North America.

Part of the Temerty Orchestral Program at the GGS, it consists of instrumental students in the undergraduate and graduate programs of The Glenn Gould School.